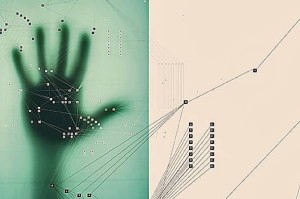 Based on earlier FOIA requests, we know the State Police has employed these automatic license plate readers (ALPRs) to know who attended political rallies for President Obama and for Vice-presidential candidate Sarah Palin.  That’s no proper police function.  Rather, it’s a “police state” function.

Given a target plate, this technology can conduct a “convoy” search, and identify other plates frequently seen “near” that target, near your vehicle.

Former State Attorney General Ken Cuccinelli warned the State Police years ago against violations of Virginia’s Government Data Collection and Dissemination Act.  The Attorney General stated that, while police may look for vehicles involved in criminal activity, they may not retain this information when there are no grounds for suspicion.

The State Police complied at the outset, insisted they erased the information. And then resumed their offending conduct.

The General Assembly wrote a law in the current session to curtail this misconduct, requiring the police to erase all this vehicle information no later than seven days after they captured the information.  The State Police should not have been allowed to keep it all — if it wasn’t associated with an actual case.

The Governor gutted this modest and almost unanimous reform (in a somewhat discordant General Assembly) when he offered his own amendment last week, making it 60 days before the surveillance material had to be erased.

The State Police is resisting the 60 days, wants more time, and objects that this interposition of privacy is entirely inconvenient.

Perhaps, Virginia feels compelled to mimic the misconduct unearthed at the national level, how the NSA is collecting data from every phone call, and stalking 24/7 after our cell phone locations.

No question, we are at a crisis.  In a law review note I wrote years ago, I said that privacy “implies solitude or quiet or ‘social distance,’” and that “the concept of control is fundamental to an American definition of privacy.”

Professor Westin described privacy as “the ‘claim of individuals, groups, or institutions to determine for themselves when, how, and to what extent information about them is communicated to others.”

In the absence of any suspicion of misconduct, the State Police is usurping our ordinary right to decide what information about ourselves may be more generally known and communicated to others.

This is a significant offense against the individual.  If a person is denied the right to be let alone, then he’s lost his liberty.  How can it be otherwise?  It is as clear as day, therefore, that we must insist on our privacy, if “liberty and justice for all” means anything.