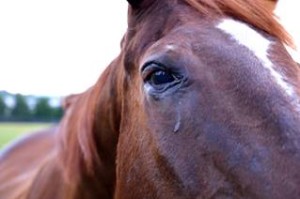 There’s much before our eyes in Western Loudoun that goes unseen, natural treasures, that are wasted because many don’t understand – and we’re the worse for this widespread ignorance.

Several days ago, a young lady asked the following question, “How wide is this path by the river?”

The answer, “Wide enough for a horse and buggy?”

Where I live in Lovettsville, we know several neighbors who drive a horse and buggy and one neighbor has the most excellent team of draft horses that pull a high seated stylish wagon.

Ignorance of our local ways puts at risk our livestock, our crops, and the rich and valued history, lurking around almost every turn in our unpaved country roads.

What’s most sad is to misapprehend how much richer is any life lived consciously in the country.

Henry Taylor, the Pulitzer prize-winning poet, a Loudoun treasure himself, wrote of a man who left behind “civilization” and “takes his pain to the woods, to settle down.”

Henry wrote of this man, “Wanting the dark, he shuts the cabin door while the town he left lies buried in thick air he once breathed freely, watching others drown.”

It’s that old saw, to be unfair to Henry’s easy sounding complexity, to know the cost of everything, and the value of nothing.

“Back there,” Henry wrote, and he could be talking about Fairfax, or New York where I was born, “They run like cattle down a chute,” Henry said, “to low at those lascivious marquees or slobber over rubber novelties; so he [this man] carries his pain here to [Loudoun to] shake it out away from them.”

When I was a kid in New York, I lived not far from “West Farms,” no farm back then, instead a juncture of streets, an el train overhead, tenements on either side of the street, and only the nearby Bronx Zoo resembling anything like a farm.

There are no heavily maned lions in Loudoun, but we do have our own brand of mountain lion, coyote, bear, fox, raccoons, skunks, minx, ground hogs, rabbits, weasels, and snakes running free.

We quite understand those who want the big box in McClean and come to Loudoun because the space is affordable, but, once here, don’t then disrespect what we have here, what was here when you came!

Don’t pour poison on your lawn, that then drifts into our ground water, into what we drink, don’t compromise our riparian buffers, don’t use water like it’s source is boundless.

Henry wrote how in “spring and summer you would mow the field, not down to lawn, but with a bushhog, every six weeks or so, just often enough to give grass a chance, and keep weeds down.”

This is how a meadow is born, a place with cover for birds, where flowers may grow, plants that sustain life, and endangered pollinators including the Monarch Butterfly.

We have a freedom farming movement in Western Loudoun, distrusting pesticides, GMOs, and patented seeds.  One misses a grand opportunity, if one doesn’t farm, or buy locally from these farms.

Henry wrote of how you’d stop to talk to an old farmer, “to see whatever this old farmer sees who crumbles heads of wheat between his palms,” and listening “to the soft click of the swaying grain heads …”

We have to modulate our pace if we don’t want to be like cattle running down a chute.

If we don’t appreciate what we’ve got, we’ll be wringing our hands when we’ve discovered it’s lost.