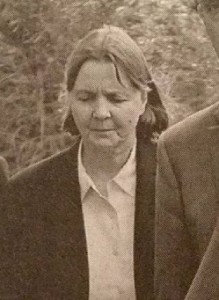 The jury was hardly reflective of its citizen peers.  A poll of the State of Massachusetts showed only 19 % favored death. The rest favored life in prison.  This was the sentiment in a State that hasn’t allowed executions since 1984.  But the U. S. Justice Department wanted to execute Dzhokhar.  You should understand that every juror in that federal prosecution that voted for death had to confirm in open court that they could vote to execute Dzhokhar if he was found guilty; those potential jurors who couldn’t embrace execution as a sentence were dismissed.

I’d likely burn with vengeance for someone I knew who was maimed or killed.  But this impulse for vengeance should be curbed by laws that recoil from the savage code of Hammurabi – “an eye for an eye.”

When the jury said, kill Mr. Tsarnaev, the federal prosecutor amazingly said, now we can put this behind us, when it was the prosecutor who put the whole infernal question before us.

The federal prosecutor rubbed our collective noses in it, demanding death, when he could have accepted a life sentence plea without an inflammatory million dollar show trial that reviewed the heart wrenching chaos, the gruesome bloody bone crushing injuries, and the deaths.

More than that, despite the prosecutor’s faux reassurances, this is not the end of it.

This sentence will be on appeal for ten years or more, tearing open soulful wounds, again and again, with healing a chimerical aspiration.

In a dramatic statement, survivors, who could have demanded vengeance, insisted that execution was wrong, and two wrongs couldn’t make it right.

It’s an abiding mystery how some Christians and Jews support executions when scripture and religious leaders instruct otherwise.

Even Cain was not marked by God to die for killing his brother, and the Ten Commandments state with crystal clarity, “Thou Shalt Not Kill.”

Jesus gave a sermon on mount, exhorting one and all, to turn the other cheek, and Peter was disciplined by Jesus for cutting a soldier’s ear off, a soldier who came to take Jesus to his own execution.

More recently, lest any Catholic find the scripture confusing, Pope Francis declared the death penalty to be “an offense against the inviolability of life and the dignity of the human person.”

Judy is “a saint,” without any hint of irony, for she is truly fighting for life, consistent with the Pope’s own instruction, while so many of our citizens nationwide are quite comfortable with vengeance and death by execution, and unbelieving that she could fight for this young man’s right to live.

The face of Judy is of a champion for liberty.

The face of the federal prosecutor is of a subordinate placing a burden on others while not lifting a finger to lighten the load.

We are better than this sentence, and we must insist our system do better going forward.