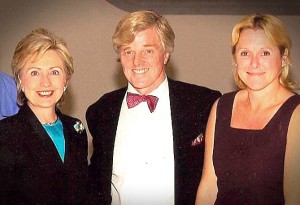 So yeah, I think these NPR commentators, men and women, were sexist pigs (with apologies to my pet pigs).

When we were waiting for Hillary to speak at the Dem Convention last Thursday evening, like millions of others watching, I saw the fly-by postings one screen over from the live feed at the convention, and read and found among the rapidly scrolling remarks, amidst some really crass repetition, that several made fun of Chelsea’s walk and girth on the stage, how she looked, how she walked with some difficulty, disregarding the fact that Chelsea just had a child.

How far does our social media’s sociopathy extend when you comment on how a recent pregnant woman walks across a stage, and apparently refuse to concede how charming and personal was Chelsea Clinton’s presentation and the tableaux they made together as mother and daughter embracing each other before Hillary spoke.

The morning after Hillary spoke, I was at the Purcellville Starbuck’s, the woman nearby, indeed the very next table over, talked so loud you could have heard her in the next county (somewhat of an exaggeration), but yes, nevertheless somewhat socially challenged, possessed as she was with hate for a woman she knows not at all, so filled with venom, spitting at her open pc screen, as she spewed her views into a cell phone, in a word salad of how she hated Hillary and why.

It was said of President Harding – “His speeches left the impression of an army of pompous phrases moving over the landscape in search of an idea; sometimes these meandering words would actually capture a straggling thought and bear it triumphantly as a prisoner in their midst, until it died of servitude and overwork.”

Such a comparison to what’s said in social media and public coffee shops these days almost exalts these unleashed and mindless junk yard dogs of bad taste.

But what can we expect from the general public when this misconduct against women comes from the top of the Republican Presidential ticket, from the tweets and unrestrained sexist bile that pours out of the keypad and mouth of failed casino owner, Donald Trump?

A poignant moment in point at the Democratic Convention was when the parents of U.S. Army Captain Humayun Khan, remembered the sacrifice of their son, Humayun, a Muslim, who died in Iraq in 2004 so that other service men and women might live.

Khizr Khan, the father, spoke with force of the sacrifice his son made, and the sacrifices that Trump has never made.

Ghazala Khan, his mother, remained silent at the convention. She later said, “Because without saying a thing, all the world, all America, felt my pain.”

After her appearance, Trump said, “His wife was standing there. She had nothing to say.”

Ghazala said in response, “I cannot walk into a room with pictures of Humayun. …Walking on the the convention stage, with a huge picture of my son behind me, I could hardly control myself.”

Trump said Ghazala was told not to speak.

Ghazala said that wasn’t true; her husband invited her to speak, she said, but, “I told him I could not.”

What kind of person would have projected onto a grieving mother that she was silent because she had been told to keep her peace by her husband? Plainly, a male chauvinist pig! And someone quite intolerant of Muslims, but especially women.

We’ve come a long way for women – but we still have a long way to go even after Hillary is elected.

But we have to believe it, and work for it, so it will happen.

The measure of the challenge for America is clear, to meet the unfulfilled promise of our Declaration of Independence that all men – and women – are created equal.