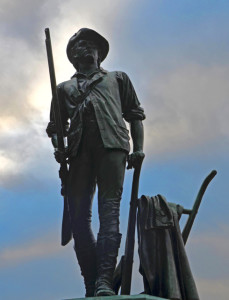 When 9-11 occurred, I was ashamed of the members of Congress.  Little has changed since.

While fire and rescue workers on the East Coast, in NY and at the Pentagon, ran to the aid of citizens, risking their lives, indeed even losing their lives, for persons they had never known, most members of Congress went to ground, abandoned their staffs, went dark, and were not found until the all-clear signal was sounded late that evening, and they gathered in front of the Capitol to give a lame national pep talk, sing a patriotic ditty and disappear again into their quiet hiding places.

Members of Congress told the nation it was safe to fly, and they stayed put in Washington.

Congress discussed closing down all the public buildings, defying Thomas Jefferson’s critique that a government closed to the public is not democratic.

There was a bill presented in the US Congress, I called it the “Mars Attack” bill (after a ridiculous movie of that name), because it provided for replacing all the members of Congress should they be destroyed in a terrorist attack.  They were that scared.

Congress spoke with gusto about our freedoms even as they rushed to compromise those freedoms in the wrongly named “Patriot Act.”

On the evening that Congress was considering the Patriot Act, I went for a run from the Capitol, from the Cannon House Office Building, to the Lincoln memorial and there found a candle light vigil by the reflecting pool where citizens of every age sat in a circle of life discussing the terror and bravery that they’d heard of or experienced in the recent memory of those horrible events.

I stopped and listened and watched; that experience of their love for this nation is seared into my soul, giving me hope that the people know what matters – even if all the politicians don’t get it.

We had a chance to come together after those terrible events on 9-11, to harness the good feeling and the courage of our citizens, and to join hands with nations around the world.

But we were already forging the division that divides our house to this day, instead of working toward that more perfect union that our founders sought to establish.

We remain divided as a nation, and more disconnected than ever in the world community, more fearful, more insecure, and many are uncertain as to where to go from here, either to trust in Secretary Hillary Clinton, or Mr. Donald Trump.

This nation is ready to continue what President Obama has well begun.

It may not be perfect but it is the right course.

I do not believe that we should ever be as isolated and bellicose as Trump insists.

We are all in this together, working toward that more perfect union, and it does truly matter how we treat our neighbors, at home and abroad.

Something is sadly wrong when hate flows from pulpits across this nation excoriating the differences between and among us, based on nationality, and religion.

We must end this inward-turning self-centered culture of fear that treats each of us, as suspects instead of citizens in our own homeland.