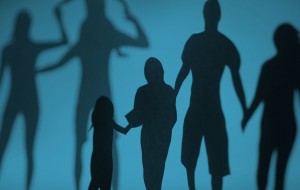 Danny Sunshine had an underwater face with a slight mustache and thinning hair.

I was not yet of an age to know how old Danny was, not just by the look of the man, he was adult, certainly older than 30, maybe 40 something.

I knew Danny was a lawyer.  I was a 2nd year law student who needed a lawyer.

You walked through the door of Danny’s White Plains office, and Danny was right there, sitting at a worn mahogany desk, covered with papers and files, the desk at right angles to the front door, the office was that narrow.

To pull up a chair to Danny’s desk would block the front door.

Danny said, “So what’s the matter?”

“This young lady in her Dad’s station wagon,” I started, “ran through a red light, slamming into my motorcycle, converting my BMW into a large paper weight, breaking my leg, and this is why I’m here, she’s got the nerve to sue me for what she did.”

“I went through 3 lanes of traffic with the light, 2 east, 1 west,” I said, “and she was in the last lane traveling west.”

Danny spun his swivel chair around so his back was facing me, and he thumbed through several code and case books in a wooden book case that had known better days.

Danny pulled off a lower shelf a reddish brown bound book, placed it in the center of the clutter on his desk, thumbed through the pocket part at the back, looked up, pointed a finger at the page, directed my attention to a case headnote, and said, triumphantly, “here it is, this is a case on all fours with yours.  We can sue her.”

That was the end of Danny’s research.  And it did appear to be sufficient.

We were in White Plains where the accident happened, and I had been commuting on my “bike” every day from my rent-controlled apartment on 107th street on the West Side of Manhattan; I had a summer job as a news “flak” for IBM in White Plains.

Danny was a journeyman lawyer who argued cases, worked settlements, and was close to working men and women who had a problem.

He may not have been what most people think of as a lawyer, as some oleaginous parasite, but he was what I’ve found among practicing lawyers in the decades of practice myself.

Danny was one of the foot soldiers in the legal profession, working in an imperfect system to balance justice, protecting a client’s rights, and fashioning the best possible remedy.

Every case in court tends to take a while to mature – to be tried or settled.

I was a student at Columbia Law School when I “hired” Danny.

In the time that I was Danny’s client, before the case “matured,” I finished law school, clerked for two years, and was a federal prosecutor for a year or more when I got a call from Danny.

“You have a call from a Danny Sunshine,” a receptionist announced, “Is ‘Sunshine’ his real name, he says he’s your counsel, is this for real?”

Danny’s familiar voice came on the line, “John, I’m at the Bronx Supreme Court, your case was called today.  I think I can settle your case.  The lawyer for the young lady who hit you …he knows you, he’s a fan, and thinks you are quite credible, and wants to settle.”

We discussed a range of settlement scenarios.

I spent the day in federal court at Foley Square in Manhattan, while Danny was doing his magic up in the state court in the Bronx.

Danny settled and sent along a check.

Danny is what is best about the practice of law, in a continuing struggle to find a way to approximate justice in the real world.

Danny followed a long tradition that our nation’s founders served.

Our own Thomas Jefferson rode to court on horseback until the Revolution closed down the colonial courts.

In the Account Book Jefferson kept of his activities, he listed his law cases, and his first entry in the summer of 1767, show him attending to business across the mountains in Staunton, and he had to pay five shillings to shoe his horse.

Of course, Jefferson was eclipsed in his court room acumen by Patrick Henry.

Because of the years since we worked my case, I couldn’t find Danny to suggest that, in my mind, he was a direct descendant of these historic lawyers, Messrs. Jefferson and Henry.  And Danny’s not alone.