–A Nightmare in Loudoun; Why was a respected educator subjected to baseless child pornography charges? Washington Post, April 30, 2009. 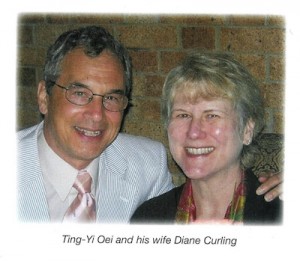 On May 6, 2011, the Loudoun County Circuit Court expunged the record of all charges against Ting-Yi Oei, declaring it a “manifest injustice” and documenting how Jim Plowman wrongfully prosecuted an innocent man.

The School Board overwhelmingly voted to reimburse Mr. Oei fully for his over $167,000 in legal fees, and his record was finally expunged of the false charges in May of this year, but he can never erase the fact that he was once reported to be a “child pornographer.” Oei told a reporter, “It just hangs so heavy around me. How you ever recover from that I don’t know.”

The false prosecution of Mr. Oei is detailed in Wired. The chilling thing is that this could have happened to anyone; the facts – that Mr. Oei had done exactly what he was supposed to do, that the photo itself was not pornographic – were irrelevant to Mr. Plowman. He had his own ideas about what the law “should” be.

Jim Plowman has never apologized to Mr. Oei. He still insists that the photo was “lewd,” and that he was correct to escalate the case when Oei refused his demands to resign. “I thought that was a just and appropriate sanction for his behavior,” Plowman said. But Mr. Oei’s “behavior” didn’t violate the law, it only violated Mr. Plowman’s sensibilities – or those of the culture warriors whom he was trying to impress with this sensational prosecution.

Ting-Yi Oei and his fellow school officials responded appropriately to a situation they were still trying to learn more about, but that professional approach did not conform to Mr. Plowman’s personal viewpoint. “I believe that the parents need to be involved in the solution. I also expect that parents expect to be informed when the schools obtain information that their student is involved in this type of behavior,” Plowman said in a statement to NPR.

The job of the Commonwealth’s Attorney isn’t to arrogantly enforce what he “expects,” or his personal, uninformed beliefs about how educational professionals should do their jobs. It’s also not to grandstand about issues that some culture warriors might wish were reflected in law, but are not. It’s to prosecute people who actually break the law. Plowman either didn’t know what the law was, or he vindictively disregarded it in order to impose his own notions of punishment and justice. This case, in my opinion, is the single most egregious crime on the Plowman record.

Mr. Plowman needs to be replaced on Tuesday by a prosecutor with integrity, professionalism and no personal agenda, and that prosecutor is Jennifer Wexton.