Yet there are those who would tell women they may not serve our nation in combat even when they perform as well as needed. END_OF_DOCUMENT_TOKEN_TO_BE_REPLACED

Home school advocates are suffering buyer’s remorse and lately demand the right by legislation to select ala carte services from the public schools that they, by homeschooling, have pronounced unworthy to educate them.

Home school parents want the right by law for their home school students to play on the athletic teams of the schools that they have chosen to avoid.

Republican Delegate Rob Bell, from the 56th District, Albemarle County, authored what he called the “Tebow bill” to force every public school in the Commonwealth to allow homeschoolers to compete on public school teams even though they don’t attend the school.

The first fair concern is that Bell has widely characterized his proposal as the “Tebow bill” after the home-schooled Denver Bronco’s quarterback, Tim Tebow, who struck kneeling, fisted praying poses on the playing field when he scored.

Bell plays to that large fraction of the home schooling movement therefore that schools at home to avoid being taught, among other things, modern science that contradicts their fundamentalist beliefs that the Bible is to be understood literally and not as metaphor or allegory. Bell says he is a “committed supporter of home schooling.” END_OF_DOCUMENT_TOKEN_TO_BE_REPLACED 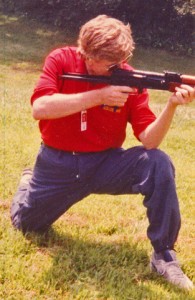 You no doubt have seen movie stars shoving fully loaded magazines in cinematic fight scenes. But loading the magazine beforehand is something that has to be done carefully. You place a round between the feed lips until it locks inside the magazine, and you repeat this until the magazine is full. Like I said, 30 rounds. At the range, several of us loaded magazines for each other before we shot. END_OF_DOCUMENT_TOKEN_TO_BE_REPLACED

END_OF_DOCUMENT_TOKEN_TO_BE_REPLACED 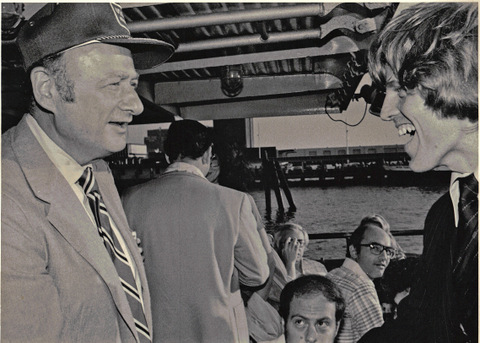 We could use more politicians like Ed who cared so deeply and worked so hard until finally his heart failed him at 88 years of age last Friday morning. END_OF_DOCUMENT_TOKEN_TO_BE_REPLACED