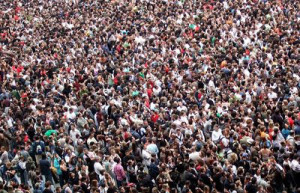 An opposing respondent, however, said, “When you start to crunch some numbers, you can reflect on whether denying abortion is unethical. In the United States, there is about 400,000 children without a permanent home ….[and] there is about 1 million abortions every year. Which makes you wonder what would happen to these kids [if they were born], if we can’t take care of the 400,000.”

We have children abandoned at birth, college students discouraged from birth control and encouraged to have children when they are children themselves, and children born prematurely with congenital birth defects from drug addicted mothers who have been relentlessly encouraged to go to term and have these children,

What we get for such careless unplanned and unwanted reproduction are reports of child abuse every ten seconds, and 4 children dying daily from abuse.

But those who favor the most reckless unplanned and irresponsible birth policies for this nation are most often the very same persons who oppose these programs as “hand-outs” without regard for how much worse these children would be absent these programs.

As for how sustainable this policy is, our nation has grown from 5 million (in 1800) to 75 million (in 1900), doubling to 150 million (by 1950), doubling again to about 317 million (now). By 2050, our population is estimated to be about 430 Million persons. We already have rivers and lakes that are overused and groundwater use that exceeds recharge by 25 percent. We are losing about 3 million acres of natural areas and farmland each year. We consume oil and gas and the world’s production is on the decline; so, we are importing. We have increased pollution, tightened resources, loss of wildlife, and compromised biodiversity. Our footprint, meaning our consumption, is going to exceed our capacity to produce. We are importing more to make up the shortfall. But the world, according to some experts, is already outstripping the world’s ecological carrying capacity.

Still, we have advocates for more and more children without any family planning, without education, refusing to fund research, outlawing contraceptives, shuttering clinics enabled to give straight medical advice about birth control, and opposing abortion under every circumstance, because of a religious belief that prohibits all abortions, even in the case of rape or incest.

We respect the right of anyone who holds a religious belief that a fecundated ovum is a “life in being” as a matter of religious doctrine but they may not impose this “belief” on anyone else when many of us resist this belief as having no correspondence in truth as a matter of medicine or physiology and certainly no basis in constitutional law for the first trimester of any pregnancy.

These “believers” insist that life exists at the moment of conception but they have no right to force this belief on anyone else by shouting, intimidation or by murdering physicians who perform abortions, in order to force others unlawfully to conform to their religious beliefs.

In any case, the facts don’t lie, birth control favors life and these religious beliefs, if made law, would mean more death and suffering and indifference to the unwanted lives that some promote.