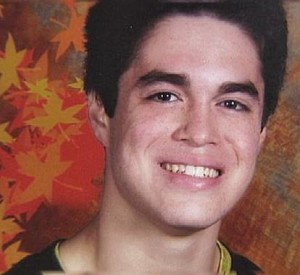 But a stonewalling standard that refuses to disclose anything is the rule when the “suspect” is an “officer.”

More than knowing who the suspect is, we have a right and need to know the caliber weapon the officer used, the entry wounds, the distance from the deceased when the officer fired repeatedly, the intervals between shots, the blood spatter evidence, also the officer’s incident report.

We need all this and more because there are other children who may be reported suicidal in other 911 calls.  We can’t have our police improvising when they respond to such calls.

More than ten percent of the suicides in this nation are young people, from 15 to 24 years of age.

The American Psychological Association (APA) reports that “teen suicide is a growing health concern” and “it is the third-leading cause of death for young people ages 15 to 24, surpassed only by homicides and accidents.”

It is recommended, when talking to a suicidal person, to “let the person know you care, that he is not alone.”

How did this officer reassure Christian he was there to help him?

A Pennsylvania Police Guide on Suicide Prevention counsels not to be judgmental, to shock or challenge the person.

The World Health Organization publishes a police resource for “preventing suicide” that advises not to get “too close to the person too soon,” that “sudden movements, attempts to touch the person …” and other affirmative acts “may be misunderstood.”

Did this officer take any precaution to reassure Christian that he was there to help him?  Did he just open fire as his father feared?

The public is entitled to total transparency about the training and rules of engagement.  As to the “rules,” it matters if the mandate is to disarm the suicidal person, for example, or to shoot to kill – if the suicidal person has any weapon at all.  It is imperative we know what law enforcement officers are instructed (if they are) and how they are directed to handle suicidal persons (if they are given any direction by rule at all).

Christian’s parents are grief stricken.  All parents and concerned citizens are anxious that this could happen to another suicidal teen.

Let’s find out what happened and fast so that it doesn’t happen again.

Let’s also derail the proposed whitewash “investigation” that the State Police are set to conduct.

We did this once before – one of these State Police investigations – with suspect results.  Let’s not do this again.

Give us the facts, all the facts that we have right now.  But also let us have the Circuit Court (or the Attorney General) appoint an independent counsel with the powers to choose and direct his own investigators, independent of the police officer’s department, and of the State Police.