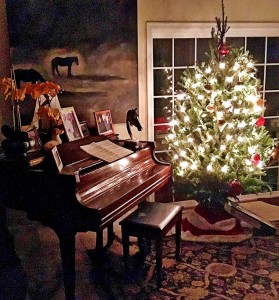 I know many who celebrate a range of spiritual and humanistic beliefs and unbelief; thus any seasonal greeting that rests upon a faulty recollection or calculated guess as to who believes what runs the risk of a quite inapt faux pas as we approach the winter solstice.

When in doubt it is therefore best to greet a passerby with the words, “Happy Holidays” or “Season’s Greetings.”

Not to be too harsh, but that unconscious practice strikes me as not-very-Christian as it’s not very loving of one’s neighbor.

For those of us who were “force read” by Jesuit taskmasters on the Greeks and Romans, especially by way of “trot” translations of the Iliad and the Aneid, we couldn’t help but learn how these two majestic civilizations managed a belief in many gods, precisely defined, bearing corresponding divine characteristics but different names.  The Romans conceived of their gods as an idea without form whereas the Greeks gave their gods form in statues and paintings.

Among all the writings and histories, Alexander the Great’s view of these multiple divinities was syncretic, meaning a mixing together of different religious traditions from different places, that Alexander apparently believed but also used to some political effect when he claimed that he was the son of Apollo.  Somewhat like how the Egyptian Horus was believed to be the son of the God Osiris.

My Dad paused for a moment, turning over what I said, stoic I thought, and he answered in a soft voice, my Mom “Rusty” and brother Charles looking on; he said, “Johnny, we all worship in our own way.”

That was it.  That was his answer – an instruction to respect how anyone may choose to worship or not.

Rather, this is really the right and only way to address another respectfully, and with dignity, when you don’t know their beliefs, and have no other purpose than to extend a heartfelt salutation.