We’ve seen more than once how Mr. Trump withdraws from us all, wraps his arms tightly around himself, purses his lips, lifts his chin in defiance, and pronounces, in his unique syntax  some offensive comment, about policy or personality, that some fear is becoming a “malignant normalcy.”

Jokes about Mr. Trump’s bad comb-over aside, there is nothing comic about a man who is unnerved at a personal slight and has the power to release unimaginable nuclear destruction that was only a parody in the film, “Dr. Strangelove.” 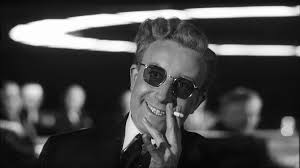 Yet, we have such muted criticism of the bully-in-chief by our elected representatives.

When the Roman Senators feared to object to one of the Caesars, they were intimidated by the possibility of losing their heads; our leaders only risk to lose their jobs – if that; still, they stand by doing nothing.

When I was senior at Fordham Prep in the Bronx, Kitty Genovese, just 28 years of age, left work at a Queens bar in the early morning hours.  38 witnesses saw Winston Moseley viciously attack her.  Kitty shouted, “Oh my God, he stabbed me!  Help me.”  Kitty was stabbed repeatedly, raped, and robbed.  No one helped her.

Yale psychologist Stanley Milgram also found that people will allow others to direct their actions and pass off the responsibility to the person giving them orders.

Arguably, Mr. Trump, the person in the oval office “giving the orders,” suffers from solipsism, the view that self is all that can be known to exist.

Albert Einstein said when another autocrat threatened the world that “a new type of thinking is essential if mankind is to survive and move to higher levels.”

Einstein wrote that “[o]ften in evolutionary processes a species must adapt to new conditions in order to survive.”

We are at risk to survive the “leadership” of Mr. Trump.

Einstein underscored how, since we released the nuclear genie, “we must … secure cooperation.”

As in the past, so it is now, up to us, to make the way for another way to think, and leave behind in the nation’s rear view mirror, government as a reality tv show.

We will make this happen by what we say at the water cooler, in social media, and when we lobby or run for office.  We are already making a difference.  But we’ve got a lot more to do.

George Orwell once wrote that “freedom of the intellect means the freedom to report what one has seen, heard and felt, and not to be obliged to fabricate imaginary facts and feelings.”

We are fighting Mr. Trump’s “fake facts,” his obstruction and censorship and dirty tricks like we saw in the days of Nixon but even Nixon didn’t make a corrupt bargain to sell out America to Russia.

The Supreme Court long ago said that “we the people” have the right to know the lies told by our government to conceal its misconduct.

In the “Pentagon Papers” case, Justice Black wrote that “[t]he Government’s power to censor the press was abolished so that the press would remain forever free to censure the Government.  The press was protected so that it could bare the secrets of government and inform the people.  Only a free and unrestrained press can effectively expose deception in government.”

We are “informed” so that we may fight a corrupt and unstable government.

That’s what our forbears had to do.

That’s what “we the people” have to do now.