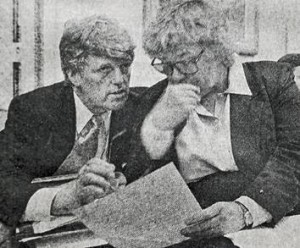 We must do all the things we know make a difference – ban mega-clips, military weapons, require background checks everywhere including gun shows, create more gun free zones, not just schools, and enforce it, 1 gun a year (not one monthly), no guns for violent felons, domestic threats, nor for mentally committed individuals, all weapons locked and unloaded when a child is present, in the home and in a car, and more – and certify that anyone who has a gun be a person who knows how to handle a gun.

We should encourage the voluntary surrender of weapons that folk don’t need – by those who have any hesitation about safety.
Consider how they prosecuted a woman in Florida for surrendering her husband’s guns after he tried to run her over – for fear he’d next shoot her.  Talk about an upside down policy choice.

All that said, I was working on the Hill when Columbine happened, as Special Counsel for Rep. Lofgren, as part of the Judiciary Committee’s effort, and we spent a lot of time and energy with an ensemble of brilliant legislators drafting a bill and amendments that would have saved lives.

Nor for all the good he did, on other legislation, I will never forgive Rep. John Dingell for carrying water for the NRA, attending the Dem caucus meetings on gun reform, arguing against gun reform, taking back what he learned from the Dems to plot with the Republican Caucus and the NRA, and thus I denounce him once again, these years of inaction later, for his role in defeating legislation then that might have made a difference – even saved lives – over the years.

We should not believe a word from Mr. Trump who has done more than any one else to create a climate of hate, violence and nation-wide disorder.

If there is a Hell, every one of these pro gun adherent foot draggers and NRA proponents are headed for a fiery corner in an eternal blaze of pain and suffering equivalent to all that they’ve forced on those innocents who died in a blaze of gun fire, and those who mourned, and are still mourning, to this day for their lost spouses, siblings, friends and neighbors.

Still, we have wonderful people we must celebrate and support who care to fight for life and against gun violence, and we should let them know we are grateful and stand by them.

After all, the person they save could be any one of us.