What other conclusion can we reach?  The BoS established rules for the displays. The santa display satisfied the rules.  A woman lawlessly destroyed the display, and Ken Reid’s response was:

“that somebody in this county who would try to basically debase Christmas like this.  This really crossed the line.”

Really Ken?  We get it.  You don’t personally like the display, but what crossed the line was the vandalism.  That was a crime and your words were nothing short of a call for lawlessness and mob rule. 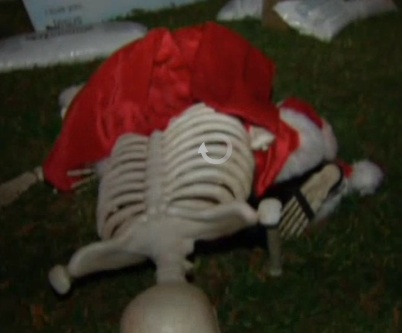