Next Marshall makes the most fact-based and rational argument to be found in the entire interview – after which it’s all downhill. It’s true that U.S. Supreme Court Justice Sotomayor stayed the ruling that found Utah’s anti-marriage amendment unconstitutional, and allowed the appeal to go forward. On the other hand, if Justice Sotomayor had denied the stay and ended the appeals process she would have been ruling, as an individual Justice, on the merits: Agreeing with the lower court that the amendment is unconstitutional on its face and therefore overturned. That would have precluded the process by which this and similar cases could be taken up by the Supreme Court in the future to resolve this question, so it’s not nearly as meaningful as Marshall seems to think it is.

The proponents of Utah’s ban – in this case, joined by the state – will have a full and fair hearing for their argument that it’s constitutional, which is all they can reasonably expect. The proponents of the Virginia ban will have the same opportunity, even though the state’s attorneys in the two cases have come to opposite legal conclusions. In both cases these attorneys are legally bound to act in accordance with their independent constitutional judgment. Our AG is hardly “out on a limb by himself” just because he has come to a different legal conclusion than that of his counterpart in Utah.

Neither is he “out on a limb by himself” when he fails to pretend that nothing has happened during the past 40 years in civil rights and marriage jurisprudence. Marshall seems to believe that a 1971 opinion that such marriage bans violate neither due process nor equal protection, Baker v. Nelson, is still controlling; what he’s demanding is that all of the evidence presented in the intervening years, and the resulting court rulings, just be ignored. Marshall even seems to think that any law that existed “side-by-side” with the Fourteenth Amendment when it was ratified in 1868 can’t possibly be in violation of those rights. Consider the implications of that.

In fact, as illustrated in the AG’s brief, we have seen “a doctrinal sea-change.” Consider that when Baker was decided, the consensual private relationships of same sex couples were still a criminal act. Not only that, Baker was decided so long ago that gay, lesbian, bisexual and transgender people were even still considered to be mentally ill. Obviously, developments in law and science since then “preclude any serious claim” that Baker could still be controlling. But to Marshall, any legal analysis or scholarship that doesn’t ignore all that is “a fabrication.” 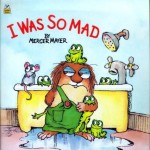 Bob was so mad.

Then the host asks what those who disagree with the AG are planning to do about it. Here, we see the first hint that things will go off the rails in a way more colorful than what merely poor legal reasoning would allow: “Bob Marshall” begins referring to himself in the third person, to promise us that we will be enjoying Bob Marshall’s “significant step-by-step challenge, ratcheting it up every step of the way, until we get final resolution and put Mark Herring back in his constitutional place.”

Asked about the Viginia General Assembly’s apology delivered just ten years ago, for the state having argued on the wrong side of the Brown v. Board of Education case, Marshall becomes untethered emotionally as well as legally. “Should Moses and Jesus apologize?” begins the rest of the meltdown, which you shall have to hear for yourself, dear reader. He’s a hoot.