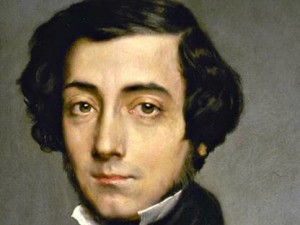 The orange canary in the Republican presidential primaries has been Billionaire Developer Donald Trump.

“The Donald” preferred blunt plain and abusive talk, over the Republican dog whistle that sent about the same message, but Trump spoke plainly to angry and frustrated voters in dark places who felt they’d been had by the Republican “establishment.”

The Republican “establishment” responded by setting out to destroy the political monster that they made possible, rather than seek any accommodation.

One member of the Republican rules committee, Curly Haughland, of Bismark, North Dakota, reportedly said, that the primary vote doesn’t matter, and the convention will do whatever it wants.

Curly cited, “a longstanding tradition,” his words, “in the Republican party that began in 1880 or earlier.” Curly insisted, “that all delegates to the national convention are free to vote their conscience.”

This “conscience,” as arbitrary an invocation as one might imagine, really means disregarding the rules and election laws by which citizens have already voted for Trump.

Nor do you have to go far to find evidence that the campaign to stop Trump is on the move.

The Republicans had open primary voting across the nation but, despite the vote, it’s clear the Republican “establishment” intends to disregard the actual returns in favor of Cruz.

If the Republican Party stays this course, and follows its unmoored, undemocratic and arbitrary “conscience,” what was formerly considered the Grand Old Party, will not just lose the presidential election, but leave a sorry legacy of what understandably happens to a political party that disenfranchises its own partisans to force upon them a presidential candidate they had rejected by preferring another, Donald Trump.

1 thought on “One man, little or no vote”