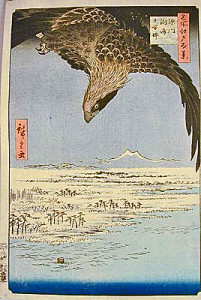 The ceremony of sense, of comity and of tolerance fell beneath Britain’s electoral wave.

For now the “winners” expect to bar “those people” finding refuge in Great Britain.

Few realized that what Great Britain, France and the United States did fighting those wars was a factor that prompted the flight of many strangers to Great Britain.

The EU offered to allow Great Britain to withhold access to benefits for new migrants for several years. But that wasn’t enough.

Former London Mayor Johnson stormed the nation with a Trump-like Euroskeptic message, urging “the people” to “take back control.”

Leaving the EU is projected to crash and burn key elements of the British economy. It has and will have adverse effects across the pond in our back yard in falling markets, lost value in retirement funds, and altered exchange and interest rates.

Scotland is reconsidering another independence vote so they may leave Great Britain and remain in the EU. Ireland is exploring a similar course.

Trump said, “People want to see borders. They don’t necessarily want people pouring into their country that they don’t know who they are and where they come from.”

Trump has quite amazingly said he celebrates the ignorance of his own supporters; perhaps because he shares what they don’t know.

Yeats said, “The best lack all conviction, while the worst are full of passionate intensity.”

Trump is full of passionate intensity and his noxious nostrums extend beyond transatlantic economic insecurity to nuclear war.

Trump said, “the world is changing” and “many other countries have nukes.”

Trump said that “North Korea has nukes” and “Japan has trouble with that” and so Trump thought Japan might be better off “with nukes.”

General Ripper warned of “the need for extreme watchfulness” and how “the enemy may come individually, or he may come in strength. … But however he comes, we must stop him.”

The General’s rule was, “[I]f in doubt, shoot first then ask questions afterward.”

It’s like voting first and figuring out why afterwards.

Of course, voting ignorantly is quite different from an uninformed decision calling for a nuclear strike.

We must fight and resist the world Trump dreams, a waking night mare of hate and conflict, where nuclear holocaust is possible, “turning and turning,” Yeats might say, “in the widening gyre” where “the falcon cannot hear the falconer.”