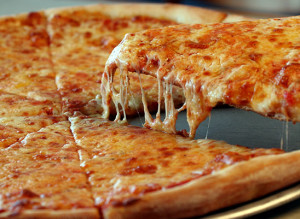 This nationwide announcement was unveiled at the Catoctin Elementary School in Leesburg, Virginia.

The Honorable Kristen Umstattd, a member of the Loudoun County Board of Supervisors, wrote the Superintendent of Schools for Loudoun County, stating: “As the mother of a former Catoctin student, I sincerely wish Catoctin had not been selected by USDA for Monday’s announcement of reduced federal standards for school meals.   It would reassure some of us tremendously if LCPS were to refute the negative impact of this announcement by publicly committing to maintaining the previous higher standards that USDA is now undermining.”

Kathleen Reilly Acker said, “Both my children attended Catoctin – what IS wrong with the School Board to allow this travesty?”

Pat Roberts, R-Kansas, chair of the Senate Committee on Agriculture, Nutrition and Forestry, also appeared at the local elementary school.  Rep. Roberts had tried to reduce the strictures of the program previously, in 2015, but couldn’t convince Congress to do so.

Anthony Fasolo asked, “Are we headed back to the days when they served pizza and fries together?”

Glen Bayless said, “I wish more, indeed I wish all, of our local officials would speak out. This policy is an outrage.”

It’s not clear, however, how far the diluted regulations will permit fast food to supplant the healthier regulations in place.

The House Freedom Caucus is on record demanding that healthy school food standards and the updated Nutrition Facts label be repealed; not too long, they insisted that it happen in the first 100 days of the Trump administration.  Monday was just past their goal.

Pew has a study in three states, Connecticut, Texas, and Washington, that shows the opposite -that the children’s eating habits are improving, they are choosing to eat more nutritional lunches, lower in calories, and eating more fruits and vegetables.

Harvard conducted a study that showed there was no increase of waste on the food plates.

So it may be up to the schools locally to stand by the old standards, just as Supervisor Umstattd insists, unless we prefer that our children eat pizza instead.