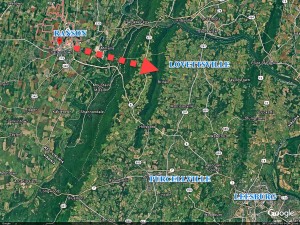 Will ill winds carry pollutants from West Virginia to Virginia and Maryland?

The citizens of Ranson, WV, where the factory is to be located, following a June 2018 ground-breaking, are up in arms protesting what this could mean to the health and wellbeing of their children attending nearby schools and daycare facilities.

The plant is scheduled to run 24/7, and is located directly across Route 9 from North Jefferson Elementary School, and within 10,000 feet of T.A. Lowery Elementary, Jefferson High School and Wildwood Middle School.  These four schools have about 2,744 students.  Parents are talking about removing their children from school and moving.

Nor do we have to guess what those pollutants are because they are itemized in an “Air Impact Assessment” submitted by Rockwool, also called Roxul, that has been widely circulated and, some think, should have been enough to slam the door on this questionable development project.

One of the VOCs is formaldehyde, a neurotoxin that damages memory, concentration, behavior, and physical dexterity in children.

Hazardous fine particulate matter (PM 2.5) is pollution that, when inhaled, penetrates deep into the lungs.

The full chart included in that Air Impact Assessment is as follows: 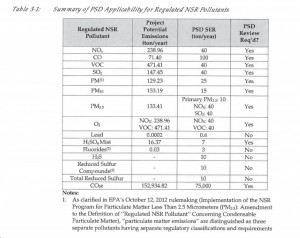 Several observers, who did not want to be identified, mentioned that a fair question is, how could this have happened without requiring an environmental impact statement for the effect on Maryland and Virginia, and not just whatever West Virginia required?

It does not appear to be a hypothetical question, that the winds could move these pollutants from West Virginia to points East into Maryland and Virginia, when you consider that, according to weather charts, the wind is from the West for ten months of the year. 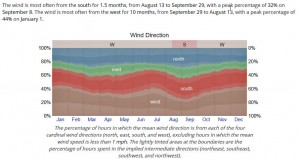 The Plant, Rockwool, manufactures stone wool insulation.  They have been in the United States since 2017 and this is their second plant.

When the plant operates, if it does finally go online, the haze and fog may reach nearby Harper’s Ferry.  Tourist industry has weighed in with their concerns.  There will be 100 tractor-trailers off the plants loading docks, no doubt making their way back and forth across Route 9.

Whatever pollution is carried up those smokestack into the air and wind, will find its way into the Shenandoah and Potomac Rivers that are a water source downstream for Maryland and Virginia.

Thus, the challenges to West Virginia and the region more generally, to be followed by much more protest, both by the public and officials, with hearings before diverse governmental bodies and, no doubt, court cases.

1 thought on “The Region Worries About Pollutants From WV”