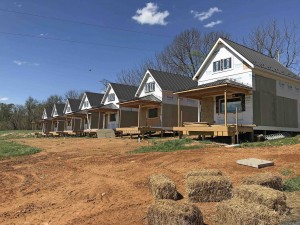 The good news is that there is an uptick in farm income, even as there is a loss of farm acreage and despite a serious reduction in federal funds that previously supported Ag in Loudoun County.

The data suggests that residential development, relentlessly pushed upon the County over the objection of residents, puts the County’s growing Ag income at risk.

Developers are insisting on more and more residential housing in the Western rural areas of Loudoun County and, if successful, that will necessarily shrink the farm acreage dramatically, and compromise or end entirely the growth of the AG economy – in other words – we are in danger of killing the golden goose.

There is a USDA web site of “quick [AG] stats” that allow each of us to make our own analysis of the stats – from across Virginia and even drilling down to Loudoun County.

There was a slight increase in machinery asset value.

The County has a vibrant Ag economy; the question is will development policies destroy that economy.

Loudoun County is rightly proud of the mix of products from hay to hogs and goats to grapes, plus products made from Loudoun-grown raw materials, such as beer, wine, cheese, honey and wool.  Loudoun is doing something right.  But more needs to be done.

Loudoun’s Economic Development Director, Budd Rizer, promised, “The results of this census will help inform our decisions about our programming to support rural business development, workforce, ag education and much more over the next several years.”

The rub is whether those decisions include a realization that more residential housing in Western Loudoun is not a program that supports rural farms and Ag..