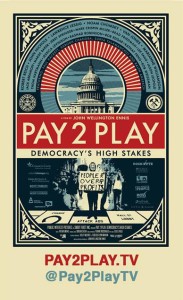 David responded, “I am very proud of my pastor. It’s easy enough to sit in church and wring our hands and say ‘Isn’t it awful how those people are treated?’  To put your own body on the line, as in the very robust Christian tradition of the civil rights movement, back to Abolition and beyond, takes courage and commitment to the life and teachings of Jesus.” END_OF_DOCUMENT_TOKEN_TO_BE_REPLACED 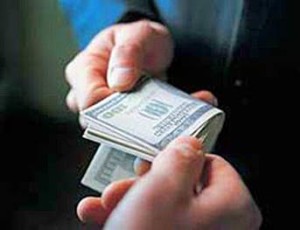 Legislators and executives who can’t afford to serve without betraying the public’s trust may not “serve” at all. END_OF_DOCUMENT_TOKEN_TO_BE_REPLACED “Hey Honey, pass the butter,” Bob may have said, “and, by the way, can we afford this Rolex?”

“Oh, this little thing,” Maureen may have said, “I admired the one that Jonnie Williams, Jr. wore.  Isn’t it so world leader-ish?  You really should have one.  Everyone will notice.”

“Yes, but how did we pay for it?” You’d imagine the Governor would ask that; any other spouse would, even with a public salary of $175,000.

“Why, silly, it’s Jonnie of course.  Jonnie paid for it.  We have no money for a Rolex.  Our finances are abysmal.  And Jonnie has already bought me some terrific clothes.  You should have something for yourself.” END_OF_DOCUMENT_TOKEN_TO_BE_REPLACED 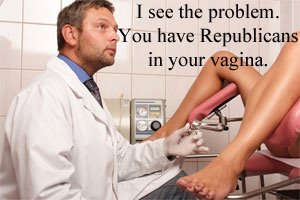 And thanks to you also, Governor McDonnell, for your leadership on this. Thank you for amending the Ultrasound Rape bill to be merely an Ultrasound Battery bill. And then passing it.

This action unequivocally proves that the purpose of this bill has nothing to do with ensuring that a woman sees an ultrasound image of the embryo she has decided to abort, since in almost all cases, an external ultrasound won’t produce anything to see. No, this is just about throwing up any old pesky obstacle in her way and making it more inconvenient and expensive to exercise her legal, constitutional right to obtain an abortion. Thanks again for making that so clear. It’s way more convincing than us saying it.

[Promoted by Epluribusunum, because this story has become even more disturbing. Apparently, this so-called “pro-family” initiative is diverting funds from programs serving the victims of domestic violence. According to a more recent Pilot article, some victim advocates were told by state officials “that shelters weren’t ‘a good fit’.” In other words, the ideology driving McDonnell says that marriage counseling is more important than saving lives.]

The Virginia Pilot reports on Virginia’s latest social engineering initiative; “Governor’s plan aims to solidify families, cut poverty“, but let’s call it what it is, a rather large allocation of taxpayer dollars to infuse right-wing think tanks and faith-based organizations with cash to help them build their revolutionary base.  Revolutionary is not my term.  I attended the DoingTheRightThingEvent on Saturday September, 24 and Chuck Colson explained that “we are living in revolutionary times“.  He also said that government can’t solve the problems of culture.  “Family” and “church” have to do that.

END_OF_DOCUMENT_TOKEN_TO_BE_REPLACED

One third of the children in Virginia are overweight or obese. Not coincidentally, soft drinks and other “foods” containing high-fructose corn syrup are readily available in our public schools. And now, thanks to Governor Bob McDonnell’s veto, there will be no half hour per day of physical education for public school students. According to the governor, we can’t afford to take time away from preparing for standardized tests or the cost of additional instruction. END_OF_DOCUMENT_TOKEN_TO_BE_REPLACED