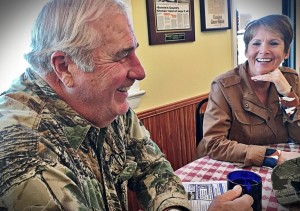 “In politics, you have two masters,” Charlie said, “there’s the elected position, and perhaps you shouldn’t be paid much to serve, and there’s your job or business, and the balance is not an easy one to hold.” END_OF_DOCUMENT_TOKEN_TO_BE_REPLACED