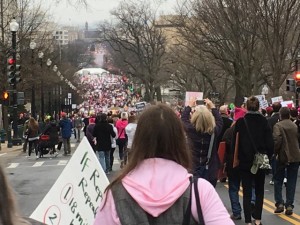 Women the world over saw in Mr. Trump’s November election the danger of sexual discrimination going forward in his Administration, impermissible incursions into the sanctity of the person, of the constitutional right to be let alone, of access to medical records, of equal pay for equal work, of their dignity – meaning shame for being a woman. END_OF_DOCUMENT_TOKEN_TO_BE_REPLACED