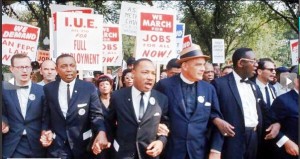 The challenge for our nation, in his mind, was human rights. END_OF_DOCUMENT_TOKEN_TO_BE_REPLACED