And round and round we go, only this time Delgaudio plays the role of both the corrupt politician and his own deflector/defender. 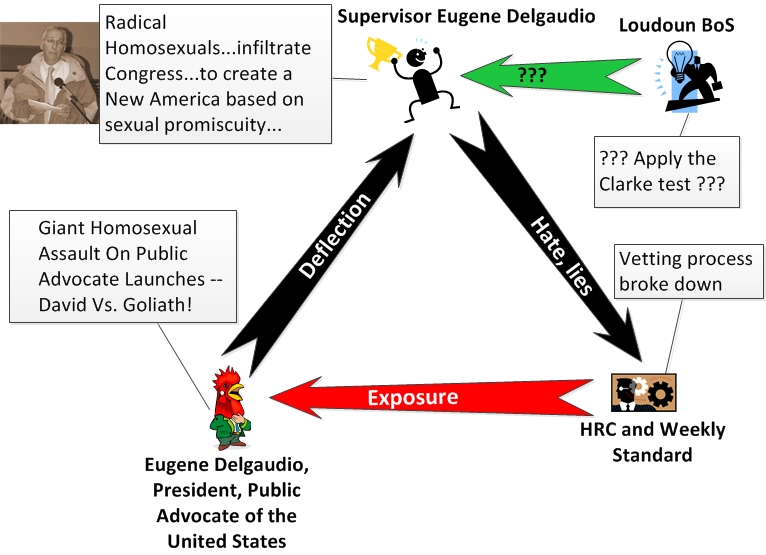 It’s business as usual in Delgaudioland.  He makes defamatory claims about members of the community and when the community responds he claims that *he* is being assaulted.  This the first time that Supervisor Delgaudio molested member of the community in the 2012 BoS term and it will not be the last.  I’ve numbered the event “#0001”.  It will happen again and again and again if the BoS doesn’t take action.  Please contact bos@loudoun.gov and ask them to act.  Delgaudio may serve as supervisor or professional hater.  He can’t do both.