I work in IT and deal with all manner of glitches; network glitches, server glitches, database glitches, application glitches and human glitches. IT professionals fix glitches, and I can say with 99.995% certainty that this wss not an an IT glitch.

The first image is the original letter to the editor of the Loudoun Times Mirror from John Mileo, a conservative who now serves on the Courthouse grounds committee. 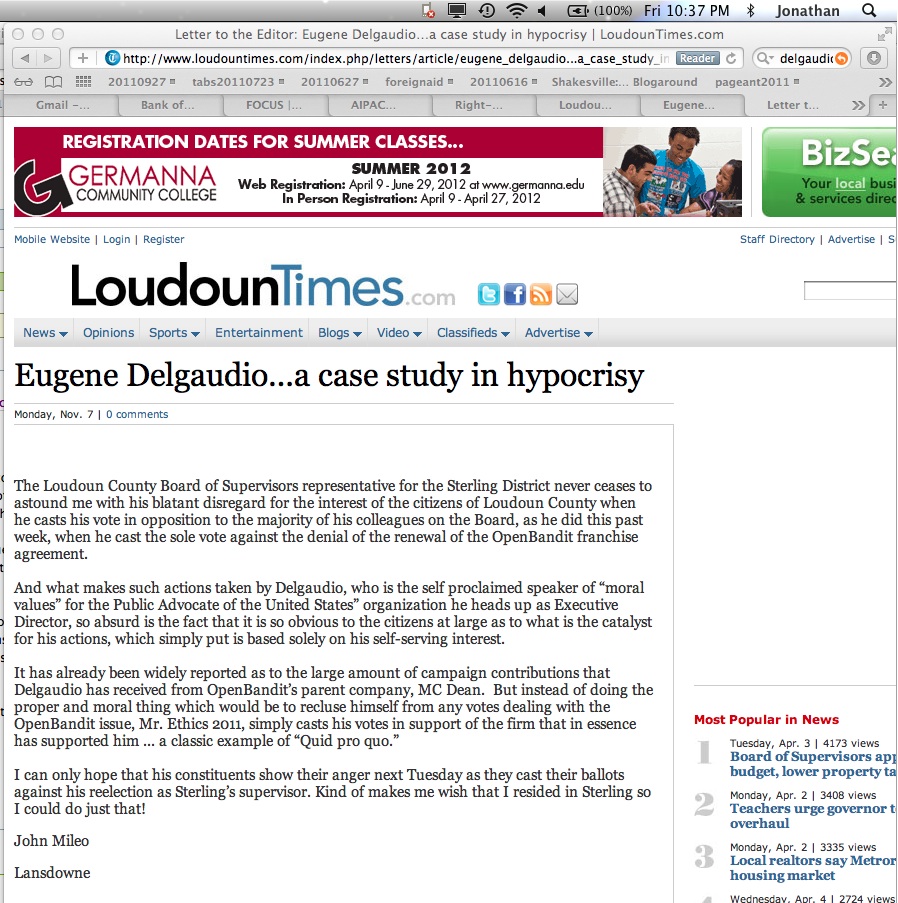 The second is the the content after the Loudoun Times Mirror site was “fixed”. 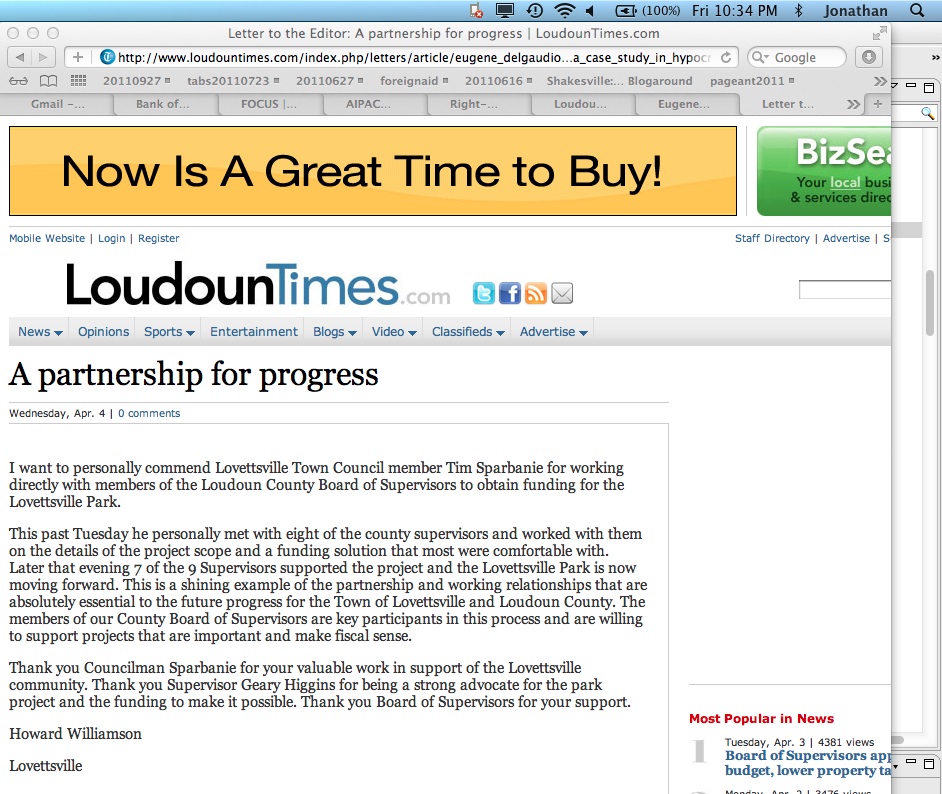 The link was apparently altered in response to the comment exchange below. My browser contained the content before and after the alteration in two different tabs. You can see the URL fragments and the timestamp in the images. If you thought that you could trust the press to preserve history, you may want to rethink. Who asked for the alteration and who approved it? More will follow.

Comments
Fri, Apr 06 at 11:49 AM by Jonathan Weintraub | Report this comment

The SPLC and the journalists have done a very careful job. Remember that the LTM endorsed Supervisor Delgaudio and MC Dean is a large donor. Even conservative citizens see the fraud. For example, see John Mileo’s letter below.

The Supervisor’s words speak for themselves. The journalists reported his own words. Although the honorable Eugene Delgaudio claims that his day and supervisor jobs are separate, the last two times this paper reported on his political gaffs; blood door, and calling people ‘it’, he was representing the Supervisor/candidate, not the hate group.

ok, got it…Loudouners aren’t necessarily bigots and homophobes, just “the thick and the dim”. It must be difficult living among a vast majority of Neanderthals who cling to such outdated values. They hate gays. They hate women. They hate atheists. They hate minorities. They hate the elderly. They hate puppies. Thank God we have the SPLC to keep it all straight for us.

3 thoughts on “Not an IT glitch”