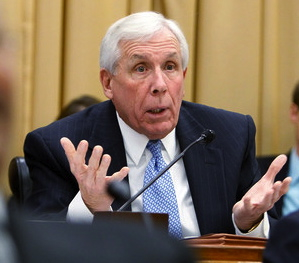 Whitbeck is now Wolf’s partner in politics. His mission is to get Wolf elected, and his victory “thank you” refers readers to two hate blogs, BVBL and Virginia Virtucon. BVBL is pretty well known as an anti-immigrant propaganda portal. When an undocumented immigrant commits a heinous crime BVBL reports it, as if that act represents the life experience of all undocumented people. Virtucon isn’t pure hate. There is a lot of political analysis to justify far-right political power, but the hate and rage squeak out, for example, see WashPo Sunday Front Page: Bad Parenting is Good Parenting, a story about a transgendered child. The dehumanizing speech made me gag.

How many kids aged 2-5 go around insisting they are a dog and barking or a cat and meowing?  Does the Post support “Transpecies” kids and think parents should go get their kids flea collars and let them eat out of bowls on the floor, sleep in doggy beds or use a kitty litter box?

This is the trademark of hate. Attack the most vulnerable by spewing the most ridiculous ignorant crap. Explain to your readers that they are less than human. Support leaders who do the same, and then go after the next vulnerable group.

Regarding Whitbeck’s “thank you”, a friend read it and replied to me “At least he’s transparent.” Transparent, that is, if you have not been numbed and can feel compassion for a disfavored minority, and understand the intent of the language used by the 10th CD’s political machine. Under Wolf’s leadership, the Republican 10th CD employs a political strategy as old as Haman, the villain from the Book of Esther.

In the Purim story, the evil Haman is minister to the King, Haman orders the extermination of the Jews because Mordechai refused to bow down to him. The order forces Queen Esther to reveal that she too is a Member of the Tribe, a Jew, a disfavored identity. The beautiful Esther comes out to the king and he chooses her over Haman (duh) and saves the Jews. The King then hangs Haman and makes Mordechai his minister. Tikkun Magazine explains that the Purim story “teaches a few lessons about response to anti-semitism, or hate speech of all kinds,” and it describes Haman’s method:

Haman pitches his genocide to the king by stating that the Jews are dangerous because they are widely dispersed throughout the kingdom, and thus in some way threatening. Of course, the reason the Jewish community was spread out was because their homeland had been razed by the Assyrians in the recent past, but put in this light, the people’s suffering is made to appear sinister and threatening.

Congressman Wolf applies this strategy with precision. He parses people into favored and disfavored categories, and he delivers privilege and terror. Wolf, a member of “The Family,” favors Christian fundamentalism, and disfavors Islam – so much so that he monitors the All Dulles Area Muslim Society list server. When he discovered that a contributor had asked people to sign the Change.org petition “Zuhdi Jasser and Robert George Do Not Belong on the USCIRF,” Wolf had a fit. He fired off a letter to Imam Magid, claiming that the conversation on the list server contained “slanderous information about Dr. Zuhdi Jasser.” Jasser heads a phony group called the “American Islamic Forum for Democracy” (AIFD). Wolf favors (and showcases, as he did during the hearings to defame the Muslim community held in March 2011, see articles here, here and here) Dr. Jasser because he is a “patriotic American Muslim” who values the “separation of mosque and state” (irony doesn’t even begin to describe this phrase). Not coincidentally, the AIDF website was created by Jim Huber, who also manages the hate website for Eugene Delgaudio’s Public Advocate. Huber will be an alternate 10th CD representative to the Republican National Convention. 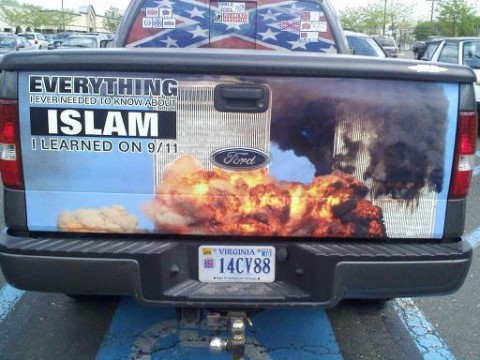 While Wolf promotes phonies and haters, his district is home to ADAMS, the largest mosque in Northern Virginia, serving 5,000 families. A few of ADAMS’ functions are listed below.

“AIFD’s mission is derived from a love for America and a love of our faith of Islam. Dr. Jasser and the board of AIFD believe that Muslims can better practice Islam in an environment that protects the rights of an individual to practice their faith as they choose. The theocratic “Islamic” regimes of the Middle East and some Muslim majority nations use Islam as a way to control Muslim populations, not to glorify God as they portend [sic]. The purest practice of Islam is one in which Muslims have complete freedom to accept or reject any of the tenants or laws of the faith no different than we enjoy as Americans in this Constitutional republic.”

As a nominal representative of this large Muslim constituency that “walks the walk,” Wolf should have asked “what’s the issue with Dr. Jassar?” But this isn’t about representation, it’s about power. It’s a winner take all “contest of ideas,” and Dr. Jassar, whose AIFD receives funding from the likes of  Foster Friess and the Clarion Fund, the fundamentalist Jewish group behind the movie The Third Jihad, implicated in the NYPD Muslim surveillance program “won” (by appointment), so Wolf’s constituents at ADAMS are expected to bow down and shut up. Read the petition and ask who is trying to shut down an exchange (not “contest“) of ideas.

From the numbers, you might think Wolf is being politically foolish in his hostility towards the Muslim community and his association with the likes of Leesburg’s own Frank Gaffney, Jr,  but that’s not the way the 10th’s calculus works. It’s a slow war of entrenchment and attrition and Muslims are not the only target. BVBL (now apparently a recognized “news” outlet for the 10th) primarily targets immigrants. On the side, BVBL promotes Delegate Bob Marshall’s homophobia and liberally attacks all post-dark ages ideas.

What’s more interesting is Greg Letiecq’s framing of Whitbeck’s victory as “KEN CUCCINELLI WINS THE 10TH CD”. Letiecq did mention Whitbeck, once, the same number of times he mentioned Anna Lee, the losing candidate. He called her a “witch”. That should have been justification enough not to link to BVBL, but not for Whitbeck. The 10th CD is now officially “the Borg”. The vanquished are “the other”. Even if they are members of the same party, they can be abused and dehumanized and Whitbeck, the Chair, can be counted on to encourage the ugliness and pile on. 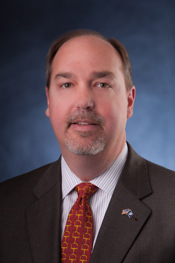 Whitbeck will be growing his “team” at every opportunity. He has already appointed Bob Wertz, Loudoun’s chief tax assessor (except for real property), to head up the 10th’s Finance committee. If he were a federal employee, Wertz would be prohibited from this flagrantly partisan role, but there are no such prohibitions in Virginia. Wertz has a perfect patronage job. The political machine ensures continuous employment in a cushy six figure job, and in return he raises funds for the patron. Plus, Wertz is not put off by the mean-spiritedness of the committee (or if he is, he hides it pretty well). Regardless of what Wertz really thinks, he must realize that his 10th CD position is highly unethical.

Whitbeck is also in charge of “privatization” for the Reform Commission, and has been going after social services with gusto. He has a useful ally in Wertz, who administers the non-profit exemption process. Meanwhile, the Purcellville clan is waiting in the wings. Tanya Matthews and Mark Nelis, both members of the Reform Commission, are also on the board of the Purcellville Business Association. Oddly, Mike Farris’ Blue Ridge Bible Church and Bob Lazaro’s Purcellville Baptist Church are also “business” members of the PBA. I bet they’d love to step in and provide sectarian (read “not for everyone”) social services, and employ members of the Borg on the taxpayer dime. 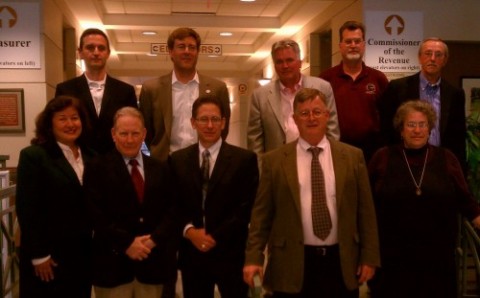 That’s the way the game is played, apparently. Winner takes all, and if you lose the “contest of ideas,” the odds are good that you will lose your job and/or your humanity and will be replaced by organizations that normalize the idea that you are a member of that verboten tribe.