Editor: Recent letters by supporters of Dave LaRock have unintentionally revealed why their candidate is so afraid of public debates. In one letter responding to an account of a disturbing tirade about “Sharia law” made by Mr. LaRock at a Back-to-School night, Kristen Kalina first tries to claim that the conversation was “made up,” then offers the sorry admission that it must have taken place in a previous year, “when people were more focused on terrorism.” Her argument seems to be that while it was acceptable to spout off such extreme and ignorant rhetoric back in 2012 or 2011, now that he’s decided to run for public office Mr. LaRock would keep such bigotry to himself – and therefore his intemperate words back then shouldn’t be brought up.

END_OF_DOCUMENT_TOKEN_TO_BE_REPLACED

To come out after our well-attended public event and suggest we misled readers about Mr. LaRock’s participation, is unfortunately consistent with his campaign’s behavior regarding public debates. As with the Berryville forum, in which he refused to attend at the last minute claiming it was a “set-up,” and also with the Loudoun Chamber of Commerce’s forum, in which he refused to even contribute written answers to the Chamber’s standard Q&A, Mr. LaRock has shown contempt for the basic mechanisms of the democratic process. END_OF_DOCUMENT_TOKEN_TO_BE_REPLACED

END_OF_DOCUMENT_TOKEN_TO_BE_REPLACED 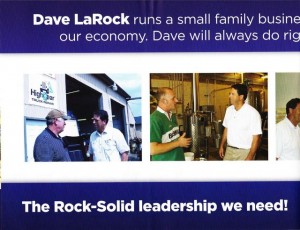 END_OF_DOCUMENT_TOKEN_TO_BE_REPLACED

But Henry’s no-government anarchism presumed a precondition, that would be satisfied “when men are prepared for it, [and then] that will be the kind of government which they will have.” END_OF_DOCUMENT_TOKEN_TO_BE_REPLACED

The Manhattan Declaration facebook page promoted an article by Rod Dreher titled “Does Faith = Hate?” that contained the usual “winsome” anti-gay arguments. Here is the comment I left, if your interested.

END_OF_DOCUMENT_TOKEN_TO_BE_REPLACED 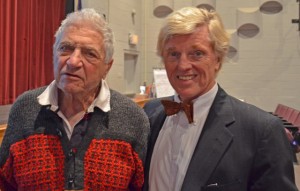 How can we expect the United States to save the world when it’s not able to remain open to do its business?

When you have to pay your bills past due and owing, do you get to negotiate and say, well I’ll pay if you, Mr Landlord, change your policies and, oh, reduce my rent?  Not very likely!  You live in the real world rather than the tea-induced fantasy factory that’s stymied the Republican House Speaker, John Boehner, and put our nation at risk.

In this dystopian context, we have to ask what our government is doing that’s really important, is it doing anything to “save the world,” whether it’s anticipating what we do when we’ve exhausted our fossil fuels as an energy source or how we protect against the annihilating force of a targeted nuclear weapon.

I had the opportunity to listen and talk with Nobel prize-winning physicist, Jack Steinberger, 92, about “saving the world,” although his characterization was more modest, like his manner. END_OF_DOCUMENT_TOKEN_TO_BE_REPLACED