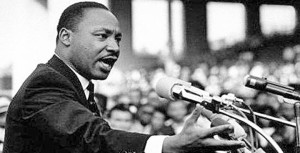 What we know is offensive to another cohesive group, religious or otherwise, within the family of man should be worthy of restraint rather than reckless disdain.

We should work hard to overcome the confirmation bias against all Muslims because of what religious extremists do, and struggle to engage in a respectful dialogue that trumps division and confrontation — if we hope ever to achieve peaceful coexistence.

The offended community of Muslims who are not terrorists have been radicalized by the widespread disrespect shown by a cartoon known to offend Muslims who had nothing whatsoever to do with the slaughter.

You may have heard it said: Why are the Muslims so upset?  That’s not the right question.  The question is: Was such disrespect worthy of disapproval in and of itself?

An early tenet of the Jewish religion, not to speak aloud the name of “he who is and causes to be” may be jarring to religions who chant an array of names for their believed creators.

If we can’t celebrate our differences, is the only resolution to coerce and war against this or that religion until there is one homogenous view that exalts one religion or sect over all others?

Unsurprisingly, Muslims across a geographical spectrum responded with protests to the offending cartoons. Police authorities resisted these demonstrations.  There have been more deaths.

Nation-states around the world nurture violence.

We should nurture dialogue instead — and respect our differences.

Martin Luther King said: “again and again, we must rise to the majestic heights of meeting physical force with soul force”- a directive the world should reconsider when it might just save us from even more violence.

1 thought on “We’ve got to do better”