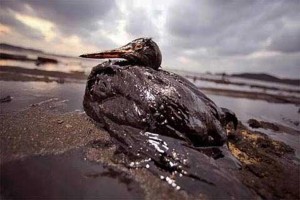 U. S. Senators Mark Warner and Tim Kaine along with Governor Terry McAuliffe have endangered Myrtle Beach and the Outer Banks and, more generally, our Atlantic coastal waters.

They support foul and dirty development in the waters offshore, fighting for the right of the toxic fossil fuel industry to drill for gas and oil.

They are most reassuring.  You know that soft tonal incantation politicians hone to reassure us that all will be just fine.  It makes you scream.  You want to shout, “Liar, Liar, Pants on Fire.”

We can still remember the Deepwater Horizon spill in the Gulf of Mexico in 2010.  The BP spokespersons enunciated in soft oleaginous tones, “It will be just fine.”  But they weren’t even close.

The White House closed off drilling in the Atlantic Coastal waters after the disastrous BP spill.  Anything else would have been unreasonable.  We witnessed in relentless television and print and digital coverage how the Horizon disaster killed tourism, how few flocked to oil-stained beaches wanting to see mired birds dying, and how the fishing industry had nowhere to go but down.

Now President Barack Obama has reversed field, caving to pressure from the fossil fuel giants who want oil and gas drill rigs in place from Virginia to Georgia.

We are still unsafe because the reforms in the industry range from moderate to nothing at all when it comes to avoiding the risk of an oil spill or a blowout.

We propose to drill for more oil and gas when there’s an oil glut prompting consumer glee at the pump.  Reduced oil prices have influenced oil producers to cut production.

Meanwhile, are we about to put in place the conditions to have another disaster?

The oil and gas industry leans on our elected officials, and wins an inside track with contributions and favors, hungry to get at the 2 billion barrels of oil believed to be beneath the waters of the mid and South Atlantic.

Some Democrats to the North are up in arms, attacking the proposed drilling because, as Sen. Edward Markey reportedly said, “A spill in North Carolina could affect Massachusetts.”  For certain, it will affect the Commonwealth of Virginia.

Are we too late to rumble and reject this ill-considered attack on flourishing industries so that oil and gas men can get even more oil and gas?

Not if we object to the scope of the five-year drilling plan and demand the ban on drilling remain in place.

The Bureau of Ocean Energy Management (BOEM) can limit the proposed 5-year plan – so that the public comment period may be the last hope to save the Atlantic Coast from the industry’s past reckless practices.

You may think that Alaskan citizens breathed a sigh of relief – and they may have.  But Alaska Sen. Lisa Murkowski complains that Alaska is thought of as a “nice little snow globe” and denying the industry the right to drill is a “kick to the gut of Alaska’s economy.”