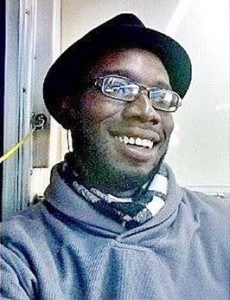 Even now when discrimination is outlawed, it is still widely practiced, with a wink and a nod, and finds ease and comfort in the oleaginous political rhetoric of our most unworthy leaders.

This brew found its embodied realization in Dylann, filled his young mind with darkness, virtue banished from thought and deed, empathy lost, the hard metal of a gun heavy in Dylann’s hand, pointed to kill an 87-year-old woman, Susie Jackson, Tywanza’s aunt.

Tywanza pleaded, “Point the weapon at me instead!”

Could there be a greater contrast in that moment, on a cliff edge, dividing life and death, between a white man and a black man, in a duel of darkness and light, between the impulse to destroy and, on the other hand, to save an elder at the risk of his own young life?

Dylann removed all hope with his response when he said , “It doesn’t matter, I’m going to shoot all of you.”

Tywanza was a recent graduate from Allen University in South Carolina with a degree in business administration, his whole life ahead of him.

Tywanza fell into the abyss, off the edge, shot and killed by Dylann. The final horror is that Dylann meant what he said and shot and killed Tywanza’s aunt as well – as Dylann promised he would.

I often tell friends and clients who are troubled – read the Roman Senator, Seneca.

Seneca wrote how anger is “wholly violent and has its being in an onrush of resentment, raging with the most inhuman lust for weapons, blood, and punishment, giving no thought to itself, if only it can hurt another, hurling itself upon the very point of the dagger, and eager for revenge though it may drag down the avenger along with it.”

That does sure capture Dylann and all the many others who think as Dylann did.

Seneca asked “how” may man’s “cruelest and deadly vice,” anger, be “allayed.”

We are hampered from the outset when our leaders suffer these recurring violent tragedies as “acts of God,” rather than the natural culmination of the “acts of man.”

How did this hateful darkness become a part of our nation’s DNA?

Is there no 12 point program to cure our addiction to hate so many for no good reason.

Seneca advised we must “heal human nature by the use of words, and these of the milder sort, as long as we can, to the end that we may persuade a man to do what he ought to do, and win over his heart to a desire for the honorable and the just… and implant in his mind hatred of vice and esteem of virtue.”