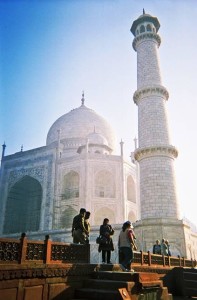 Worse, when our federal law enforcement finds no crime, they may create it, with promised grandiose rewards for doing things the FBI dictates be done.

Shahed Hussain, actually an FBI informant, trolled mosques, at the FBI’s direction, thus attended one mosque in Newburgh, New York. Shahed convinced four locals at that mosque, themselves quite poor, even desperate, to join Shahed’s plot to shoot stinger missiles at military planes and to blow up two Riverdale synagogues, promising them $250,000, getaway holidays and cars. The sentencing federal judge said, “I believe beyond a shadow of a doubt that there would have been no crime here except the government instigated it, planned it and brought it to fruition.” The court blasted the government’s conduct but did nothing to sanction it.

This was not the only case of crime created by the government.

The Human Rights Watch issued a 214 page report titled, “Illusion of Justice,” critical of the fact that “many of these people [prosecuted by federal agents] would never have committed a crime if not for law enforcement encouraging, pressuring and sometimes paying them to commit terrorist acts.”

There are Muslims charging in a pending court case that they were put on the no-fly list as a reprisal for refusing to pose as Islamist extremists in undercover investigations.

The “Just Us” Department relies for its enforcement on the warrantless wiretapping of its “suspects.”

We urge right-thinking Americans to forego the “Big Brother” proposal to monitor all mosques.

We urge instead a return to sound investigative techniques, requiring “reasonable suspicion” of crime, and “probable cause” of crime – the Fourth Amendment pre-requisite – for any “search” or “seizure.”

Our government has to stop badgering innocents to “create” crimes.

What investigator tells the world where he’s investigating, expecting afterwards to find any crime?

If every Muslim is a “suspect” if they use robust speech, if they protest, we haven’t refined our investigative parameters narrow enough, we are necessarily diverting limited investigative resources, and, we are confirming for one and all, beyond any shadow of doubt, that what we’re really about is discrimination against Muslims.

11 thoughts on “Freedom of religion – not really! – ask any Muslim!”