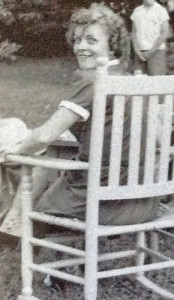 Moms who are college educated pay a “mommy tax” of more than a million dollars in lost income when they have a child, according to Ann Crittenden, who wrote “The Price of Motherhood,” about “why the most important job in the world is still the least valued.”

Many judges ask, “Why can’t a Mom work full time?”

We don’t count child care in the gross domestic product.

Moms are not treated as part of our labor force.

We have no safety net for those who are Moms.

Two-thirds of all wealth is created by human skills, according to Ann, what is known as “human capital” and former Treasury Secretary Lawrence H. Summers said that’s why being a Mom is “the most important job in the world.”

But what my Mom did and your Mom did is taken for granted.

There are still Neanderthals asking prospective hires about whether they plan on having a child, implicitly as a disqualifying factor to join the work force.

Any mother who has reviewed a social security statement knows, and probably was surprised at first to see this, a string of zeroes for all those years when they were raising their children.

Moms have smaller pensions and are more likely to be poor in their old age.

Ann takes “conservatives” to task when, she says, “[t]heir eyes grow moist over family values, but they are loath to put any tangible value on the work that a family entails.  They cling to the conviction that the only ‘good’ mother is the self-sacrificing, saintly figure who performs the moral, caring work of society at the expense of her own equality and aspirations.”

By these terms, we have a free-riding society enjoying what Moms do as it costs society nothing.

There was a Massachusetts case in 1997, Upton v. JWP Businessland, in which a single mother was fired because she refused to work longer hours than she originally agreed when hired because this compulsory addition to the terms of her employment would prevent her from being an adequate mother to her son.  The Supreme Court ruled against her, saying an at-will employee could be fired for any reason.  Virginia is an at-will state.

In the category of “there oughta be a law,” there oughta be a law against changing work conditions in violation of the terms of employment and if violative of public policy such as a the need for a single mother to have the time to care for her child.

As for retirement and pensions, a terrific reform would be that both spouses received the same social security credits during their marriage, and that would be combined with whatever other credits they got before or after marriage for their individual and personal retirement.

Those who resist the notion of a Mom’s worth in economic terms duck the righteous reform by saying Mom “made a choice.”

But these are forced “choices,” as Ann has said, “in a world that women never made, according to rules they didn’t write.

Many more men pitch in these days to help Moms, like my Dad did when I was a kid, but society has to do more about inequality in the work place, and before the law, and in retirement, if we are to believe what anyone says on Mother’s Day.