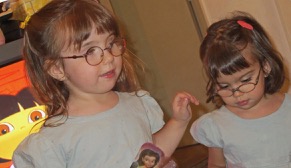 This Dickensian tragedy of a Dad separated from his daughters, taken to another nation-state occurs more often than you might imagine.

David Goldman fought to retrieve his son Sean from Brazil when his ex-wife’s family fought to keep hi in Brazil but the highest court in Brazil finally awarded custody to his father.  David considered the case an abduction.

Dennis’ wife, Alianelli, asked a Colorado court to let her take the children, two daughters, ages 3 and 1, to Argentina in a divorce action.  The Colorado Court said no.  So she abducted them, and took them to Buenos Aires.

Once in Buenos Aires, she claimed all sorts of abuse by Dennis to justify her contempt of the American court order.  Local Argentinian counsel have form pleadings that almost identically charge abuse by the American fathers in such cases.  Time passed.  Years afterwards, an Argentinian trial judge found no abuse, and said Dennis should get his children.

The State Department says that there are about 1,200 cases like this each year – not necessarily involving Argentina.

Unlike Dennis, Tony had no hint of a divorce.

“Victoria, my wife,” Tony said, “she had some problems with child birth, and she seemed to suffer some depression afterwards, but I imagined she would recover, and, she appeared to, and when I traveled for work, I’d take her, and both daughters with us, and it appeared we were having a good time.”

“We would alternate our Christmas vacations for the girls,” said Tony, “between Argentina where my wife had been born, and Puerto Rico where I was born, so the grandmothers could visit with the children.  We tried to work this out so I could fully participate.”

But this went terribly wrong after the Christmas visit in 2009.  “She asked to stay on after I had to come back for work, kept delaying coming home, claimed she’d lost her passport,” said Tony, “and then, when I arranged to come down to help them come back, and she cooperated in these arrangements, she told me on the day I was to fly to Buenos Aires, that she’d filed an action in Argentina to arrest me.  I had no idea she was thinking anything like this.  Victoria’s mother was employed in the Court system.  She seemed to have some influence in the Court, and with my wife, Victoria.”

“I had to convince local counsel in Argentina,” said Tony, “that I really had not abused my daughters.  He reviewed the charges and found them to be frivolous.”

“I met with others who had children abducted,” said Tony, “they all followed the same pattern.”

The Supreme Court of Argentina finally ruled, brushing aside all obstacles.  They said that the marriage residence and domicile was in Virginia, that the United States had jurisdiction, that the Circuit Court decision was valid, that the children must be returned to Tony.

Tony said, “My Mom, Estrella, is here from San Juan, and my sister, Star, from the Carolinas.  I have five sisters, also Maria, Julia, Lydia, and Isabel, they are all coming.” 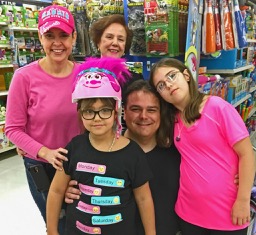