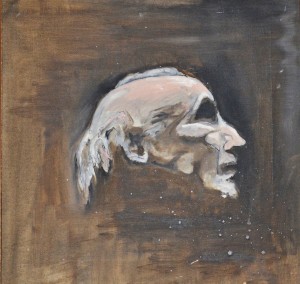 It’s a slower transition and adjustment for most, when compared with the professional athlete who defined himself by his power and speed but is considered “old” at 35.

The mythologist, Joseph Campbell, was fond of asking audiences, if they imagined themselves as a light bulb, did they think of themselves as the physical bulb or the shining light?  If the latter, the light, the transition with age is easier.

Cicero spoke of how, in older age, “[i]t is not by muscle, speed or physical dexterity that great things are achieved, but by reflection, force of character, and judgment; in these qualities old age is usually not only not poorer, but is even richer.”

Whether one is a farmer, foreman or executive directing others, the adjustment is obvious.

Of course, one does still exercise, but not with one’s younger “brute strength of lungs and limb,” but rather “in proportion to his strength” when older, “to preserve some of his original vigor.”

These things said, age is burdensome, and “cannot be a light thing.”

It is an exercise in patient endurance.

Mark told of how he sat with his 96-year-old father at the Florida shore looking out at the water, and asked his Dad the secret of his old age, and his father said, “I don’t think about it.”

In recent days, I’ve spoken with a farmer we’ve described, in his life’s story, as a “living legend,” now in his young 90s, as well as a graceful woman, living alone, who is 100 years old.

Cicero in times long before modern medicine “extended” our lives, commented on how Plato died, his pen in hand, at 81, Isocrates, at 94, and Gorgias, at 107.

Activity and purpose in moderation and exercise and exercising memory are Cicero’s prescription for enduring.

Cicero said, “Old men retain their mental faculties, provided their interest and application continue; and this is true, not only of men in exalted public station, but likewise those in the quiet of private life.”

In one example, Cicero said, while one might ask what purpose is served by accomplishments when old, he answered, “He plants the trees to serve another age.”

Finally, Cicero, by Cato, instructs, “it is our duty, my young friends, to resist old age; to compensate for its defects by a watchful care; to fight against it as we would fight against a disease; to adopt a regimen of health; to practice moderate exercise; and to take just enough of food and drink to restore our strength and not to overburden it.”

As for mind and soul, Cicero instructs, that they, “like lamps, grow dim with time, unless we keep them supplied with oil.”

A famed Welsh poet, Dylan Thomas, who spent a short consumptive life, wrote, in accord with Cicero’s directive:

“Do not go gentle into that good night,

Old age should burn and rave at close of day;

Rage, rage against the dying of the light.”