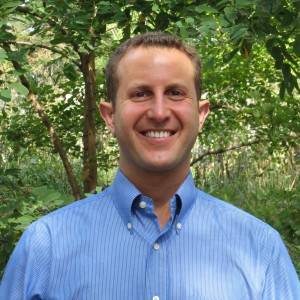 It’s a method of growing animal stem cells, to make whatever cut of meat you want to eat.

The method is somewhat the way we brew beer, thus enabling the making of meat without killing animals, an innovation so sensational, that Paul’s book jacket cover promises that this clean meat “will revolutionize dinner and the world.”

So where can you get your no fat clean meat burger?

Not at McDonald’s.  Not yet.  Nor for awhile at any other restaurant.

It’s imaginable you’ll be able to get a burger for $11.00 in the not too distant future – but we are not there yet.

The proof that this is real is the Cattleman’s Association opposition to “clean meat,” even as other investors are anxious, even excited, to get “clean meat” to market.

Paul is a vegan, and he is indifferent to eating the thin strips of clean meat himself except for the fact that meat eaters who do eat it will save animals from abuse and death by their altered food preference.

If we do nothing, Paul says, we will continue to kill a million land animals every hour of the day.

If meat eaters shift to clean meat, that shall lift the burden on our besieged resources that are now inadequately serving a world population of 7.5 billion people, projected to increase to 9 to 10 billion persons by 2050.

Paul was gracious enough to grant an interview – and you can hear what he has to say in some detail – including his humorous complaint that his own Sacramento book club hasn’t scheduled a discussion of his book.

You may fairly ask, if the meat as proposed is “clean,” what’s so “dirty” about the meat we have?

Paul writes about the feces in our meat because “[i]n slaughter plants, there’s great risk of fecal contamination … [as] they [the animals] … often defecate when introduced to the novel and daunting environment of a slaughterhouse facility – or from feces in the gut that can contaminate the meat during the slaughter and butchering process.  Many of the most dangerous food-borne pathogens are intestinal bugs like E. coli and Salmonella that result from such contamination.”

“Clean meat” is produced entirely outside the animal, only involves the muscle cells, and there’s no intestinal complication therefore – and so “there’s no fecal matter to worry about…”

A lot of persons are reading Paul’s best seller – and that’s encouraging – since “clean meat” appears to be a promising and leading solution to the absurdity that concerned Churchill so many years ago.