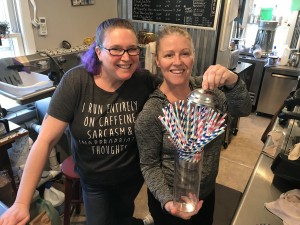 Several years ago a marine biologist posted a video of a sea turtle off the Costa Rica’s coast with a plastic straw stuck up its nose.  They used pliers to extract the straw.  31 Million have since seen the painful procedure –  .  The reaction has been outrage and a correlative drive to ban plastic straws.

Many remember the line from Mike Nichols’s 1967 film “The Graduate,” when Benjamin Braddock, the twenty-one-year-old, disaffected hero, played by Dustin Hoffman, is at a cocktail party his parents have thrown for his graduation from college.  A friend of Ben’s parents, Mr. McGuire, takes Ben aside at the party and says he has one word of advice for him, a faux Delphic oracle, just one word—and the word is “plastics.”

Benjamin’s generation recoiled from “plastics” and, some few years later, many are taking a step back from plastics in a more complex way, given the harm we’ve uncovered.

Of the 8 million tons of plastic trash dumped into world’s oceans, the plastic straw is only part of the problem but it is fair to argue that, well, you don’t need a straw at all to drink a beverage, and the small size of a straw makes for an insidious polluter that entangles marine animals when not consumed by fish.  Thus, the movement, #StopSucking, to favor a strawless ocean. 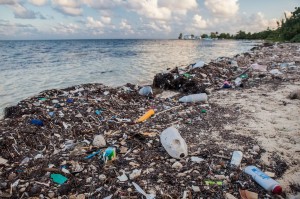 Nancy Heltman, visitor services director with Virginia State Parks, said, “Plastic is made to last forever.  You don’t need that for something you are going to drink for 45 minutes.”

There are some with disabilities that argue that any “no straw” policy compromises the need they have to use straws.  Fair point, and aside from reusable straws, another emerging answer is coming to the rescue – paper straws.

Maureen “Mo” Donnelly Morris, owner of Backstreet Brews Coffee and Tea House, announced her change of straw policy weeks ago – and announcing not just that she’ll be using paper straws but multi-colored paper straws.  Annee Olden was proudly handing them out this past Sunday.

If you visit Sheila Johnson’s fabulous complex, Salamander, in Middleburg and order a tea, you will get a rigid paper straw – if you insist on a straw at all. 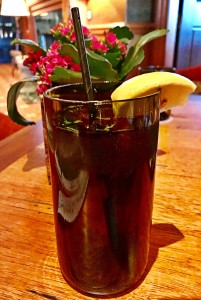 Some jurisdictions are banning plastic bags and straws entirely, not leaving it up to the public.

Towns and Counties across the nation have banned plastic straws.

In Virginia, it is believed that the Counties can’t ban straws on their own, because of the Dillon rule, without authorization from the General Assembly.

Perhaps, our General Assembly will catch the wave and ban these straws.