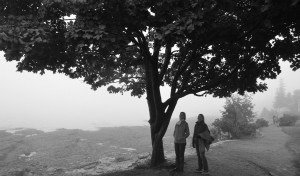 “If that’s true,” said one ERA supporter, “then why do they send any requests to the legislature.”

Many Women and national organizations have protested in the strongest terms, appearing before the Loudoun County Board, and across the Commonwealth before other Boards, to say that they care that the local Boards let the legislature know they support the Amendment.

17 jurisdictions have been identified and asked to pass resolutions supporting the ERA.  Prince William County and Loudoun County are the two jurisdiction that have said, “No.”

They took this position despite the fact that the Loudoun County staff recommended that the Board of Supervisors “[s]upport legislation that ratifies the Equal Rights Amendment to the Constitution of the United States.”

This recommendation was included in a section titled, “Policy Statements,” that “address legislative and policy issues of importance to [Loudoun] County.”

One ERA supporter said, “We have a lot of women in Loudoun County.”

The proposed Equal Rights Amendment provides that “Equality of rights under the law shall not be denied or abridged by the United States or by a State on account of sex.”

It also enables the Congress to “have the power to enforce, by appropriate legislation, the provisions of this article.”

If you oppose the amendment, a fair question is do you think women should not enjoy equality of rights with men, and do you think they should have no recourse at law?

While Mr. Buona opposed the Board considering the Amendment, they got to vote on the question.

Supervisor Matthew F. Letourneau (R-Dulles) said that if the Board adopted a position on equal rights for women, they would be opening the debate on other issues he didn’t consider particular to Loudoun County.  (Perhaps he was talking about other areas of discrimination affecting the LGBTQ community; the Board has dodged this issue whenever it arises.)

This impasse in Loudoun County comes in what many consider “the year of the woman,” in response to public degradation of women, prompting women in Virginia and across the nation to run for office themselves, and, the public, elected them.

Board Chair Phyllis Randall said, “The thing that’s the most shocking to me about this whole conversation [over the ERA] is we’re having this conversation in 2018.”

Chair Randall said, “I’m so pleased these [other] boards [of supervisors] have passed resolutions supporting the ERA. I’m told going forward, this list will grow.  I’m sad Loudoun’s [Board] voted against passing a resolution of support. Our [Board] missed an opportunity to be on the correct side of history. It’s very unfortunate.”

It is too well known that Thomas Jefferson mentioned only that “all men [no women] are created equal.”

“In those days,” men treated women as property and withheld the right for women to vote until long after the slaves were freed and had the right to vote.

Loudoun County counts itself among the few dissonant voices in a chorus of counties in the Commonwealth that reject the notion that women should be left in some ambiguous legal limbo to combat discrimination as best they can.