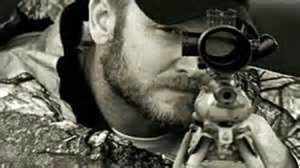 If I had not read the entire book, I would reduce Chris’ code as a warrior to the fun of killing savages, as stated in the first few pages.  But what’s said afterwards is more nuanced. END_OF_DOCUMENT_TOKEN_TO_BE_REPLACED