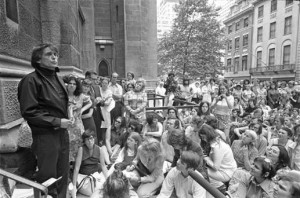 The Berrigan Brothers, Dan and Philip, a World War II vet and religious himself, dedicated their lives to non-violent protest on behalf of peace and love and a just society and, in ironic response, were arrested for breaking the law. END_OF_DOCUMENT_TOKEN_TO_BE_REPLACED