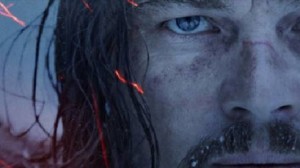 Revenant is an excursion into savagery and teaches the value of law and civility. END_OF_DOCUMENT_TOKEN_TO_BE_REPLACED