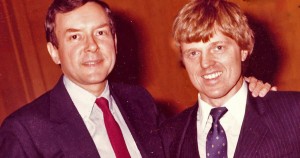 The current confirmation hearings of DC Circuit Judge Brett Kavanaugh ran aground because the Trump Administration authorized a narrow FBI background investigation, and the U.S. Senate, courtesy of Judiciary Committee Chair , set a too short timetable for the inquiry to be deliberate or effective. END_OF_DOCUMENT_TOKEN_TO_BE_REPLACED