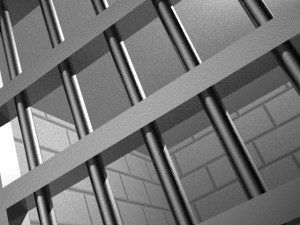 We are convicting innocent people in Virginia because of false eye-witness testimony, false confessions, overeager snitches, faulty forensics, bad defense lawyers and — worst of all — because of prosecutorial and police misconduct.

This misconduct is more common in Virginia because the Accused enjoys fewer safeguards in Virginia, and this is further aggravated because over the years, we’ve seen a relaxing of the protections that the Warren Court once enforced.

When I was a prosecutor, the Accused had rights that set an ethical and legal baseline for how far a prosecutor could go, and I never found that those rules hamstrung our efforts in any prosecution.  Indeed, I believed those rules protected us, in our zeal, from the excesses we observe today, and, more than that, helped to guarantee that we did the right thing, whether it was to convict or set free the accused.

In the years since the Warren court, we hear each year from prosecutors, and legislators, preening before the public, how we need to give prosecutors more and more license from the strictures that courts and legislatures once demanded.

The rationale has been that the prosecutors would win more cases – if not so hemmed in by these “technical” requirements.

My Dad always said a poor workman blames his tools, and I suspect we have suffered for years from this syndrome of inadequate public counsel who seek to improve their win-loss record by re-writing the rules, notwithstanding the resources and presumptions of regularity that prosecutors enjoy.

Prosecutors grudgingly concede the benefit of doubt to any person they accuse of a crime, despite the presumption that every man and woman is innocent until it is proven otherwise.

Unlike Virginia, there are states, New York and Florida for example, that maintain statutory safeguards to give the parties a chance to consider carefully whether the criminal charges are well-founded.

Virginia nevertheless insists on its sporting view of justice, preferring ambush and surprise at trial, to disclosure that might encourage a dialogue that seeks after the truth of what really happened, and whether the punishment demanded is fair and justice when the Accused has committed a crime.

That’s how innocents end up in custody and some end up executed.