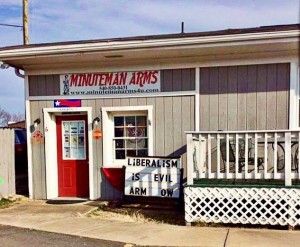 “This goes so far beyond being simply offensive,” said Susan, “Our children are seeing this …a local [Mr. Workman] implying that arms should be taken up against their liberal parents.  I am sickened.” END_OF_DOCUMENT_TOKEN_TO_BE_REPLACED