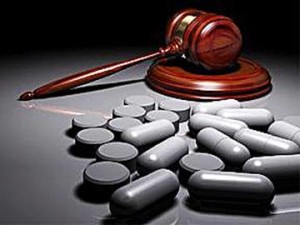 There is a partial solution to our drug problem in this County and it’s a Drug Court.
When this was proposed years ago, the County Board of Supervisors said they didn’t want to coddle these “criminals.” In recent days, Republican Delegate Randy Minchew introduced a bill (HB 180) in the General Assembly to create a Drug Court for the City of Winchester, and the Counties of Frederick and Warren, but not for Loudoun. Why is that?

Since 1989, in drug courts across the nation, more than 400,000 non-violent drug abusers acknowledged that they were substance abusers, at rock bottom, admitted their past drug offenses, and participated in special drug programs that not only saved them from jail or prison, but gave them a chance at a fresh start.

Presently, there are 3,400 of these courts across the nation, and a number of them across the Commonwealth.

In a drug court, the offenders agree to attend weekly court hearings with judges, prosecutors, defense attorneys, probation officers, and counselors, over an extended period of time that is often longer than any jail sentence that they likely would have received, and this is an integral part of a “tough-love” community-based drug treatment program, the hallmark of which is stern discipline, with 12-step meetings, random drug screens, curfews, and various therapies. Any breach of the rigid bargain prompts stern sanctions up to and including jail or prison.

President George Bush made Drug Courts a critical element of his National Drug Control Strategy, stating, “By giving judges the power to refer people to treatment we reduce criminal recidivism, save taxpayer money, and heal those who have become enslaved by drug addiction.”

Phil Thompson, Esq., Loudoun NAACP President, said, “We support the establishment of a drug court … This is a way to de-criminalize minor and addictive drug offense … [to] allow offenders to receive education and treatment for first offenses involving non-violent arrests.”

It is cruel sport to arrest the young and “mark” them for a lifetime of compromised opportunity to study, to work, and to vote. Perhaps the passage of time has informed our local Delegate and the freshly installed Board of Supervisors that a Drug Court is a solution that works and should be adopted in Loudoun County – as it has been adopted.