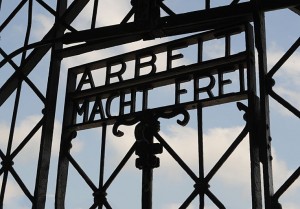 Jefferson wrote of equality in our revolutionary declaration of independence, and George Washington assured a Jewish Congregation that in America, religious tolerance would give way to religious freedom, and, drawing upon scripture, added, “Every one shall sit in safety under his own vine and fig tree, and there shall be none to make him afraid.”

Since that presidential assurance, many have been “afraid” in our history, and are once again unnerved.

We know there are the fragile and the misdirected among us, sensitive to hate speech, dangerous listeners for that reason, and too easily complicit when told to act, to strike out, and to hurt others.

More need to re-consider the words of a German Lutheran pastor, Martin Niemoller, looking back on World War II, who confessed when “they came for the jews, and I did not speak out – because I was not a Jew, ….then they came for me – and there was no one left to speak for me.”

Too many fail to recognize or seek to cure the political pathogens in our own nation.

Most recently, we had the bloody attack of a bigot, wielding an AR-15 assault rifle, and three handguns, who set out to kill “all Jews,” by his own words, and did kill eleven Jews, and wound six more, all unarmed, at worship, in Shabbat services, in exercise of their religious “freedom.”

We know from the law and human nature how “fighting words” may prompt violence.

We are witnessing a disregard for this nation’s founding principle – that we are one from many.

So-called leaders go about freely spewing “fighting words,” unconcerned about the effect, and instructing our friends and neighbors to “get physical,” to celebrate the congressional candidate who body slammed a questioning reporter.

They even posture how amazed they are that anyone could connect their inflammatory stump speeches with the corresponding injury and death that followed.

In the 60s, I found the war correspondent, William L. Shirer, who wrote of the rise and fall of a corrupted German government, and how its hate and discrimination and violence roiled the entire world.

Mr. Shirer set out to combat “the wave of amnesia that ha[d] overtaken the West.”

In 1969, I traveled to Germany, and drove a motorcycle from Munchen (Munich) to Dachau, one of the war camps, to see the inhumanity released when a mad man defies the most primitive notions of tradition, law, and right thinking.

It is a miserable meditation I found to consider how any human could treat anyone else as deathly vicious as occurred in Dachau.

In Pittsburgh, when 11 others died, a holocaust survivor, Judah Samet, 80, survived again, because he was four minutes late to synagogue.

Judah looked death in the face again – observing the deadliest attack against Jews in American history.

The Post reportedly asked Mr. Samet whether the holocaust flashed before his eyes.

Judah was 7 when he was in the camp, the same camp as Anne Frank; she died while Judah lived.

What a nation once was is no warranty that the nation may continue to be civilized, not when the definition of civilization is how a nation treats its own.  By that standard, we are falling way short.

When the Samet family was liberated from the concentration camp, Judah’s dad was exultant, and cheerfully greeted, “Americans.”

That’s who we were when Judah regained his young freedom.

We have lost our way of late, and must find our way back to the nation’s promise of equality among a diverse citizenry, and not just tolerant of one another but celebrants of freedom for one and all.

1 thought on “Sticks and Stones”