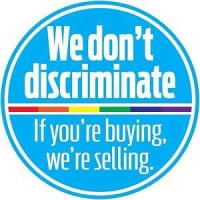 END_OF_DOCUMENT_TOKEN_TO_BE_REPLACED

According to Chairman York, who apparently agreed to nominate Beacham “on behalf of” his Sterling colleague (how does he manage to get himself into these predicaments?), “the information provided on Beacham was not very detailed. Beacham’s four-paragraph resume only said he had ‘worked in the field of media production and broadcasting over the last 4 years.’”

END_OF_DOCUMENT_TOKEN_TO_BE_REPLACED

The SPLC is asking elected officials to stop courting the anti-GLBT hate groups that sponsor the so-called Values Voter conference.

“If you are elected to represent *all* people, you can’t treat some people as sub-human.”

Morality call, no human is sub-human. If a “values voter” considers a fertilized egg to be fully human,  how can he or she treat a living breathing person as a sub-human?

Here is the SPLC email. END_OF_DOCUMENT_TOKEN_TO_BE_REPLACED

He was putting on a political show—one, like so many during his 14-year board tenure, that was woefully short on substance, but with potential to help fuel his campaign fundraising machine. END_OF_DOCUMENT_TOKEN_TO_BE_REPLACED

I misunderstood a comment by the author of the letter to which I respond below. His letter was originally published almost exactly one year ago (publication dates don’t include the year), which means that it was the author’s reposting of the year-old link that was actually inspired by our online conversation. I think it’s fair to say that my reading of it as pre-meditated exploitation of a conversation that he initiated, and in which I was participating in good faith, led me to respond more harshly than I otherwise would have. For that I apologize to Mr. Dickinson. He obviously did not, as I suggested in my response, write this to deflect negative attention generated by the Grand Jury report, or the censure, or any other Delgaudio-related drama of the past year.

On the other hand, his point in posting the link to that thread was to say that he more strongly than ever endorses the idea that the reporting of hate group activity is the moral equivalent of the very hate group activity being reported, even openly warning that I, personally, could be responsible for “fomenting a hate attack” because I discuss the hate group activities of the Sterling supervisor. The veiled suggestion that I had best not continue reporting on his active campaign to incite fear and hatred of people like me is offensive.

END_OF_DOCUMENT_TOKEN_TO_BE_REPLACED 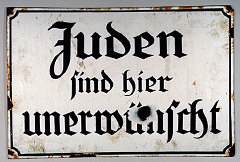 So this happened in 1935, as human rights advocates were warning of the deteriorating climate for certain disfavored groups in Germany: END_OF_DOCUMENT_TOKEN_TO_BE_REPLACED

END_OF_DOCUMENT_TOKEN_TO_BE_REPLACED

“So, when you go to people and say, ‘he’s president of Public Advocate, a nonprofit that defends the Boy Scouts of America and defends traditional marriage’ – string me up?”

In Delgaudioland, defending the Boy Scouts means driving down to the Capital with a bunch of YAF protoges, putting a bag over your county-paid aide’s head, insulting Ernst & Young’s CEO, and spreading the lie that gay men are pedophiles. In other photos from the above Public Advocate protest, the actors present a check to the Jerry Sandusky Defense fund. 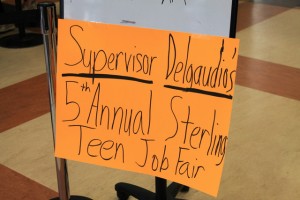 The purpose of this letter is to recommend that you bar Supervisor Delgaudio from sponsoring the “Eugene Delgaudio Sterling Teen Job Fair.” The Sterling Supervisor uses the job fair to recruit youth into a right-wing political club that has a history of violence, defamation and hatred towards minorities and progressive causes. Furthermore, this board should send a letter of apology the participants of prior job fairs and their parents advising them that the county was not aware of the recruitment activity and that it does not endorse or sponsor the Sterling Supervisor’s recruiting activities. I’m requesting that you take this into consideration at your July 17, 2013 meeting under the agenda item “Grand Jury Report: Follow-up on Supervisor Eugene Delgaudio Investigation.” END_OF_DOCUMENT_TOKEN_TO_BE_REPLACED