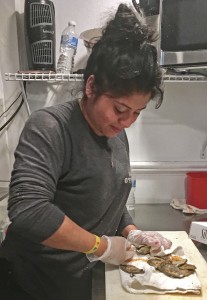 Lovettsville’s Market Table Bistro gets their oysters from Chincoteague and further up the east coast from Nantucket, according to Eddie Johnston, the “front of the house” manager at the Bistro.  END_OF_DOCUMENT_TOKEN_TO_BE_REPLACED 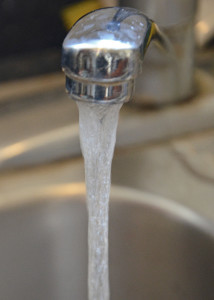 In Virginia, on January 8, 2014, State Senator Charles W. Carrico, Sr. (R-40SD), perhaps eager to mimic West Virginia’s careless regulatory system, offered a bill, SB 217, in the General Assembly that, if it passes, shall increase the likelihood that we’ll have coal waste in our rivers polluting our drinking water.  END_OF_DOCUMENT_TOKEN_TO_BE_REPLACED

END_OF_DOCUMENT_TOKEN_TO_BE_REPLACED 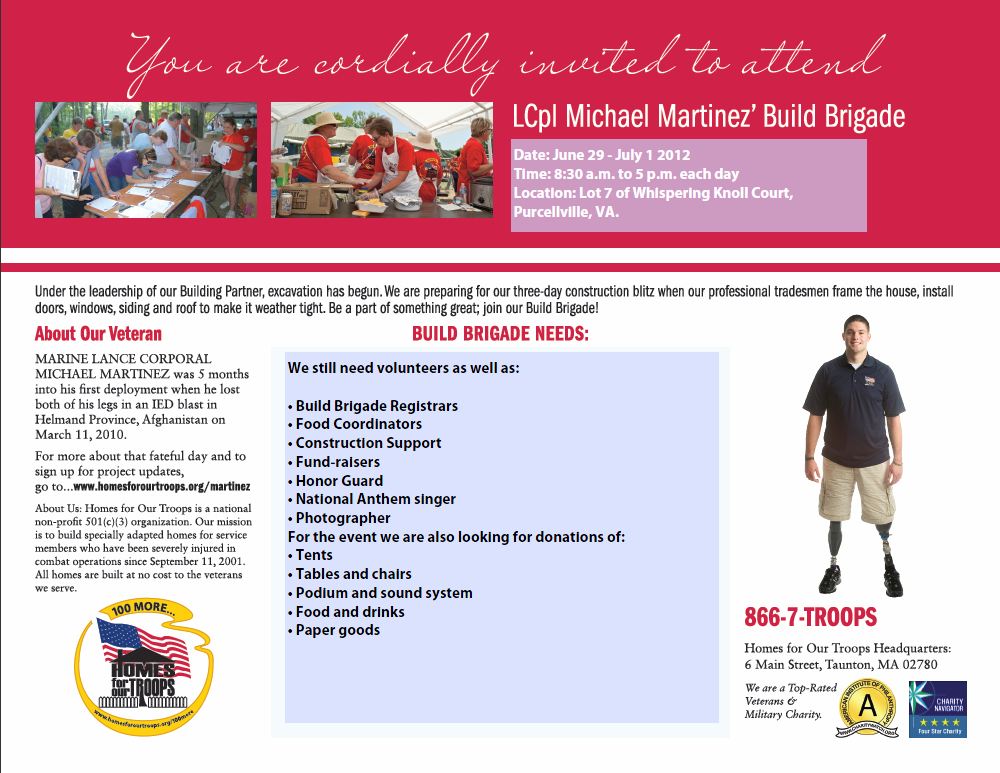 Homes for Our Troops will be building at NO COST to the veteran a specially designed brand new home for a disabled veteran.   The recipient of this new home will be Marine Lance Corporal Michael Martinez.   LCpl Martinez was 5 months into his first deployment when he lost both of his legs in an IED blast in Helmand Province, Afghanistan on March 11, 2010.

This organization is need of volunteers and supplies including donations for tent/chairs/pa system and food donation requests. We will also need an honor guard, national anthem singer, escort and key speakers.  Most importantly, we are looking for someone who will donate the flag pole that will be placed in the front yard of this hero’s new home.

If you know anyone that would be willing to donate these items, or volunteer supplies or their time on this weekend to help in the build, please forward this email along.

You can contact Christopher West or Renee Larsh for more information.

END_OF_DOCUMENT_TOKEN_TO_BE_REPLACED

What a delightful time for some bipartisan solidarity. I have to applaud the crew at Too Conservative for shining a light on the obscenity now going on in Purcellville.

The building being renovated is expected to cost the town over $7 million (compared to an estimated $4.5 million for a new building). This structure was purchased from the Purcellville Baptist Church, which has constructed their own new building. According to many Purcellville folks (including deposed LCRC district chair Ben Belrose) it’s not only structurally in bad condition, but architecturally inappropriate for use as the Town Hall, hence the exorbitant price tag.

Then, on Monday morning the publisher of the Blue Ridge Leader got a call that the historic barn on the Cole Farm was being demolished. END_OF_DOCUMENT_TOKEN_TO_BE_REPLACED